Fernando de Noroña – the best place to visit in Brazil 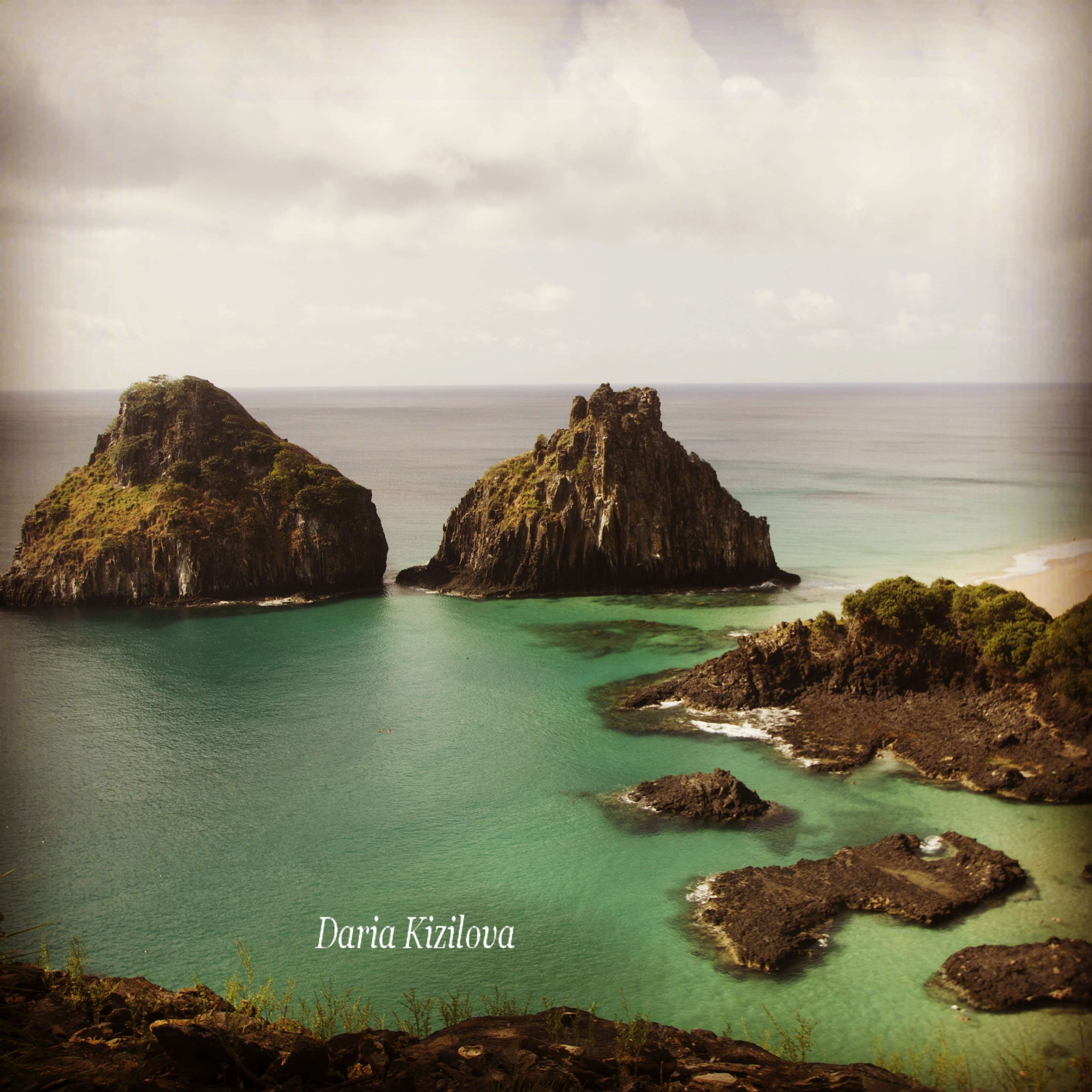 Any part of the world can be a paradise – it all depends on one’s mood. However, some of the most beautiful and majestic of those places produce more effects. For me, the rich nature and jungle are places where I feel happy. From what I have seen and visited there is a place that I liked most of all (it is located in the country of the 5 countries where you should come back). It is called the archipelago Fernando de Noroña located in the state of Pernambuco, northeast from Brazil. How to get to Fernando de Noronha?

There are several ways to get to this magical island:

1. With Azul Airlines from Natal (State of Rio Grande do Norte) costs $ 100-120 one way and $ 250 round trip. It is the only company that flies from Natal (the shortest way to the island takes 1 hour and 15 minutes).
2. From Recife (state of Pernambuco) with the airlines Azul ($ 250-300 round trip) and Gol ($ 480 round trip). The journey takes 1 hour and 20-30 minutes.
3. With Azul airlines from João Pessoa (state of Paraíba) with $ 360 round trip, with a transfer in Recife. The trip lasts 2 hours and 30 minutes.
4. Some daring sailors or smugglers can go by boat. Just near the banks of Fernando de Noronha, a ship full of cocaine was discovered. Climate and Life on the island

Fernando de Noronha has a true humid tropical climate! It often rains here from January to August. The rainy season can sometimes shift, but usually, these are the months. On the contrary, from August to January, the season is dry, without rain.

The vegetation on the island is dominated by grass, wild grapes, shrubs, and Atlantic forests. Of the animals, there are mainly sea turtles, dolphins near the coast, and sea birds. In general, the fauna corresponds to a remote island. Two species of endemic birds can be found on the islands – Elaenia ridleyana and Vireo gracilirostris. In addition, the endemic lizard Trachylepis atlantica lives here. In recent years, egrets have become residents of the island, and they are reducing the number of these lizards.

Tax to live on the island

This archipelago lost in the Atlantic Ocean at this time is a natural reserve. That’s why you have to pay every day of your stay (that is, not only the hotel but the presence of one on the island) – it costs 37 reais a day (approximately $ 11). A week on the island is worth $ 70. This tax is calculated due to the fact that the island has remained in its original form, nature is not damaged and is under constant surveillance. Experiments and studies of flora and fauna are carried out on the island. Money is spent on the conservation of the island.

How to rent a house on the island

Fernando de Noroña is the only place on my trip where I could not find Couchsurfing. There are not many people who live there and it is forbidden to share houses. Of course, if you have a friend or an acquaintance ready to stay – no problem. At the airport, you can always ask where you are staying. I already found a “cheap” hostel for $ 40. All other prices were $ 70 per night and higher. Up to $ 100 is the average for a comfortable stay. It turned out that it was not even a hostel but a fisherman’s house – a small cabin where there are empty rooms with beds. I had a private room where there was nothing else, just walls and a bed. In the next room later two guys came in. The fisherman lived in his small room. The house was good, there was a table and even a television in the hallway and a small kitchen where the iguanas crawled on the plate. But this is a common thing on the island.

The first day the fisherman took me to get acquainted with the island, and it was a very pleasant walk. This man did not worry about money. The payment of the hostel has been controlled by another person who came to announce the excursions. The most important thing for the fisherman was to spend more time with the clients, to talk, to take them to fish, to show the island. He was very sociable.

On the island, there is little Internet signal. Sometimes you can pick up the signal at the hotel reception. But most of the island is without signal. It is the best place for those who want to get lost without information or communicate with anyone. There is a bus that goes around the island and runs through the city and main beaches in 30 minutes in one direction. Then he goes back. A large part of the island is the uninhabited area where you can go along with the guide. This tour is done on foot and takes 8 hours in total while one can make two-thirds of the island. In fact, you can walk along the coast going from a beach to a beach, except for a few places where one has to wait for the low tide. At high tide, it will not happen as the beach is submerged in water.

If we start from the port (where the bus route starts – from Praia do Porto to Praia do Sueste), the first beach is called:

Here you can go swimming on the boat but there is still a lot of fish and crabs. You can go diving. There are several beaches following the white sandy coast. I lived not far from them. Before going down, you can see the ruins of the military and even pistols (here was the military base long ago). If you go by bus, you can stay at the third exit after the port and walk along the route between the houses on the beach.

It’s about these community beaches that flow from one to the other. The route starts with the beach of Boldró preferred by all tourists: here there is a good coffee and you can rest in hammocks. Get off at the fourth bus stop after the port. A small private beach, it is possible to enter there from Praia Cacimba do Padre by the shore between the stones. There are constantly a lot of divers because there are lots of stones and small and big fish. Thousands of lizards crawl along the stony beach. They walk on the bags, the clothes, the heads 🙂 It is believed that this is the most beautiful beach in Brazil. Yes, it’s very cute. However, for my taste, it is not wild and lonely. It is too perfect. To enter there, it is necessary to get off at the bus stop, just before the airport (after the bus makes a curve). To enter there, you need to pay $ 55. This must be done in the center of the city, you just have to ask where IBAMA project is (it is done for the protection of the nature of Brazil, get money for visiting the beaches of Baia do Sancho and Atalaia). Closed beach on the northeast coast of the island. You can arrive with a guide, pre-pay for a visit to IBAMA and wait your turn (100 people can enter daily). It is important to take a turn in advance.

A small beach near the last bus stop. According to my, it had nothing special.

Wild and lonely beach, just as I like it. Before entering there you have to make a path through the jungle from Paia do Sueste. The entrance is open from 9 to 18. If you continue along the coast of the beach, you can enter an uninhabited part of the island. You can take a picture of the wild Pacific ocean here.