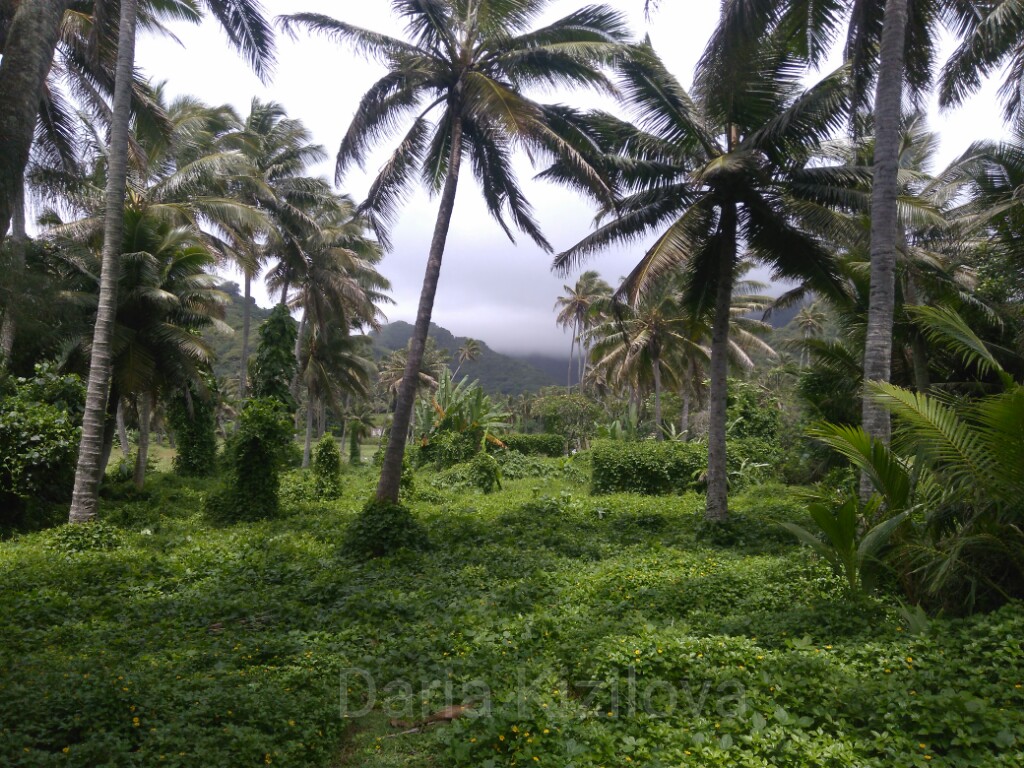 Perhaps very few people know about the Cook Islands and where they are located. This miniature group of islands may soon disappear due to global warming and rising ocean levels. But the Islanders do not lose heart. The archipelago is spread over 15 islands, the largest of which, Rarotonga, is only 69 square kilometers! This is a tiny island that you can drive around the circumference by bus in less than an hour. Or cross across on foot in 3 hours. Greetings in the airport of Rarotonga

Looking at the name, before I thought that these islands are completely separated from life. People do not have access to civilization and live by the blessings of nature. I imagined these singing islands with white sand beaches and a bunch of unusual musical instruments. The fact is that the online radio of the Cook Islands gives just such an idea.

In fact, these islands, in comparison with many others, are hyper-modernized. More recently, they became independent of New Zealand, but its tireless influence is felt everywhere. First of all, 40% of the island’s population is New Zealanders. Secondly, the rare small houses scattered around the island are so neat and sleek that it becomes immediately clear: there is access to the modern world. So that is how an ideal place to live on the island, looks like.

The only thing that is really missing on the island is the Internet. In all forgotten places (except Cuba) where I was, it was quite possible to connect and work tolerably well. But not on the Cook Islands. Internet access is charged and costs NZ $ 10 per half hour (approximately $ 7 US).

The weather is quite pleasant: not very hot and very humid. There is a bus on the island. But it is very expensive – $ 3.5. Most products are imported from New Zealand. The main and only city Avarua located in the north of the island. Throughout the island, you can find hotels, small houses, and beaches. And every Saturday there is a celebration of food! Not far from the city opens the night bazaar Muri, where they cook food from different nations. On the Cook Islands, as elsewhere in Polynesia, it is the traditional raw fish in coconut sauce, ika mata. Heliconia is a mysterious plant that I saw on Rarotonga and Bali.

Islanders and their life

The Cook Islands Polynesians are very big, just huge people. They have big legs and feet, even women. But they are very good and kind people. They do not smile as often as the people of Tonga and Fiji. They are straightforward and open.

Every Sunday morning is devoted to going to church, where, besides, you can also eat. 🙂

Basically, the locals drive motorbikes around the island, the movement is left-sided. But there is no activity on the roads – only 10 thousand people live on the island. Green, moisture, tall palm trees – one of the most nature-inspired places on Earth.

On the Cook Islands, there is great calm and tranquility. Here you can listen to the sounds of nature for many hours, and nothing will interfere. The rhythm of life is measured, people are not in a hurry, and the situation around it calms and slows down. How to Get to the Cook Islands

These inaccessible islands are not yet ready to receive visitors from around the world. The cheapest way to travel to Rarotonga is to fly out of Auckland (New Zealand). You can also fly an internal flight from French Polynesia (once a week, AirTahiti). The remaining options are very expensive, and flights will surely pass through Australia or New Zealand.

What to do on the islands

Rarotonga Island is one of the greenest places I have ever seen. Among them are also Papua, Marquesas Islands, and Costa Rica. The entire island, with the exception of the coastline, solid jungle and low mountains covered with a carpet of vegetation. The highest point on the island is Mount Te Manga (658 m). The roads are in the center of Rarotonga, there are no people here at all.

In the center of the island, there are several waterfalls and roads through the jungle. The most favorite track among travelers is to cross the island from north to south (Cross-Island Track). It starts with the main city and rapidly rises uphill. Sometimes the rise is so steep that you need to hold on to the hanging ropes. But the descent is even more interesting since the road crosses rivers and mini-waterfalls until it reaches the huge Papua waterfall where you can swim. Cross-Island Track – the path across the island of Rarotonga lasts 3 hours and ends with a waterfall.

However, if you stay on the island for more than two weeks, then you can get bored. In fact, besides walks around the island, it is difficult to find something else. Swimming here is dangerous, you need to choose places. There is a stonefish near the banks of the Cook. If you step on it, it plunges the sting, hidden in its fins, into the skin of the victim. At the base of the tips are poisonous glands. The poison in the body infects the central nervous system and destroys the red blood cells.

One of the ways to diversify the rest is to go to other islands on a boat. For example, Aitutaki (18 sq. Km.) It is a very tiny island with a magnificent lagoon. It is even calmer here than on Rarotonga. On the island of Mangaia to the east of Rarotonga, there are huge coral caves.

Inside the island of Mitiaro (also in the east), there are lakes with fresh water. And the islands of Suwarrow and Manuae are national reserves with a large variety of birds.

How much is the food and life on Rarotonga

The hostel price is $ 15 per day. The food will take about $ 10, you can cook in a hostel. In addition, during walks, there is a chance to meet fruit gardens: avocados, pineapples, etc.

You definitely need to go to the Cook Islands at least once in your life. This is a very distinctive and secluded place, there is no anger and violence, and nature is green and rich.