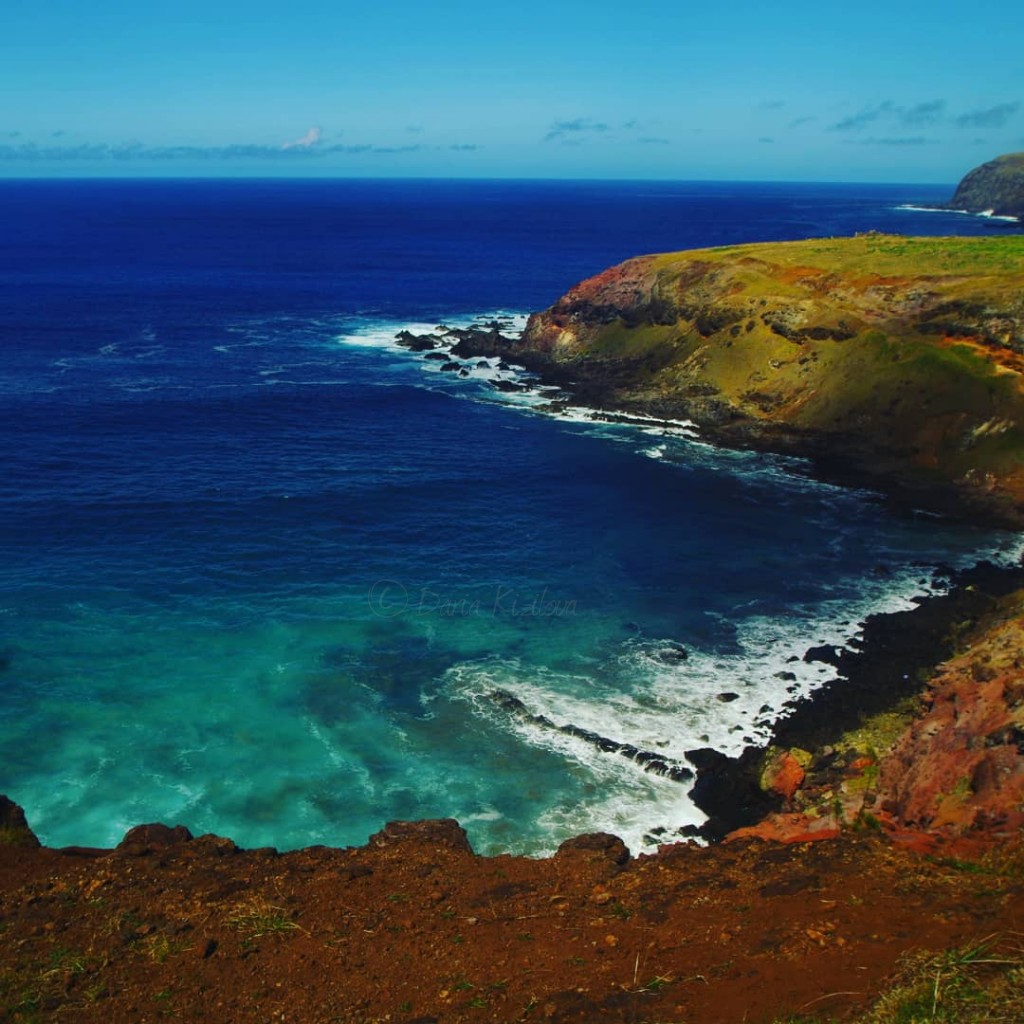 I love the sea very much – the tremendous strong Waterworld. I would like to live near the ocean and observe it every day and night. The 20 pictures below show the different moods of the ocean that can be admired in the very nice places on the planet. I had the opportunity to stay in a few places like that.

Cuba, the Atlantic Ocean and the beach of Santa María del Mar, 30 minutes by car from the capital, Havana. The beach belongs to the hotel but admission is free. To get there you have to walk 20 minutes into the ocean from the bus stop on the main road. The beach is calm but there is a good number of people. The sea is very blue and nice. At lunchtime, the waiters leave the hotel and take out lobsters with fruits – that gives a tremendous willingness to eat 🙂 Not far from the main island of Tongatapu there are a lot of small atolls, as in the picture below, and the ocean around them is calm and relaxing. But if you only move away from the nearest Earth, powerful waves can bring anywhere.

You can’t notice that straight away but underwater wave movements are quite strong. It seems that there are no waves outside, and the ocean is a dense blue element where you can hold out as much as you like. But once in, you realize how helpless you are.

The whole life of islanders is connected to the ocean: fishing (often they eat it freshly caught, raw), tourism (underwater swimming with whales), diving and entertainment (often kids come to jump from the pier during breaks) and much more.

All the small islands belong to the wealthy inhabitants of Tonga. There they spend holidays or just give their friends a ride. So they gave me a ride too. This is one of Sydney’s favorite beaches. At any time of the day, there are a lot of people. Along the coast there are running paths; on the beach itself, many do yoga, surfing or just sunbathing.

The ocean here is always chaotic; there are strong currents near the coast. The Pacific Ocean off the coast of Chilean Patagonia is cold and threatening. The water is opaque and thick under the setting sun. This ocean was watching me during a 3-day ferry trip through the waters of southern Chile. The free and impressive waters of the Atlantic on the beach, in Fernando de Noronha, Brazil. The island is very large and has beaches for all tastes – lone and wild environment, soft beaches with white sand and nice blue waters. Cancun, the Caribbean Sea. Warm and impressive, full of his busy life, beauty, and happy tranquility. Costa Rica Pacific Beach called Playa Hermosa – is near the capital of San José. Delightfully spacious with big waves. It is a deserted beach where you can find surfers and the lonely tree on the beach. Ecuador, Tonsupa beach with the dark waters of the tropical Pacific ocean. On this side of the world water sometimes loses its blue splendor but the ocean is still inspiring. The ocean around the islands of New Zealand is always raging, sometimes even destroying houses and bridges. But on the North Island, he is still more affable and blue. The lower the south, the darker and deeper the colors of the ocean become, and it is cooler and more self-willed.

In New Zealand, swimming with fish is not as comfortable as, for example, in Fiji or the Caribbean. There are always quite strong waves, but to look at underwater wealth, you need to sail away into the ocean. Easter Island, the beginning of the Polynesia principle. The ocean here lives its craziness with tremendous waves. The coast is steep and dangerous of rocks, stones, and helos. The ocean does not let in its marine kingdom and has an exceptional character. Maceió, Alagoas – Brazil. A little green and full of joy, the wide tides that expose the splendor of the ocean floor, lots of sun and heat. Puerto Madryn, Argentina, South – the ocean under the threatening cloud. The ocean can surprise at any moment. Cool but nice and full of Antarctic marine life. A fabulous and cool sea, where there is not so much living creature as in the tropics. But underwater you can look at very large fish or sunken ships (in Malta).

There are bright and saturated colors of water, and Sardinia is the most popular island for sail lovers. The North Pacific Ocean around the Hawaiian Islands can be very different. There are beaches with white sand and clear water and steep cliffs, where an exciting ocean breaks down.

On the Big Island, the western side is arid, ashes fly here from the Kilauea crater. It has a dry climate, fertile underwater shores, where a lot of fish are bred.

The eastern side of the island, on the contrary, is very humid and saturated with greenery. But the ocean is not very welcoming. How is the ocean in Barbados?

Usually, the Caribbean is very calm and joyful. The blue color of the water is sometimes replaced by ash red or dirty due to the sargasso algae coming to the shore. These islands of Indonesia are located in the very center of the Coral Triangle. Even in rainy and windy weather, it is safe to dive here. The ocean is calm, but there are practically no waves. True, the coast has very low visibility underwater, especially near the main island of Waigeo. A dense and dangerous ocean among the fjords of New Zealand. here the weather is a decisive factor for creating the mood of the ocean. Even in the summer season, the sun comes out just a couple of days a week. But probably the ocean in this area is not the main thing. The most interesting is the mountain hiking in the fjords. New Caledonia, like the Hawaiians, has two sides. The island itself is located in the largest coral lagoon (4th in the world!). On the eastern side, corals are coming up to the shore itself, and these are the best places for diving and exploring the ocean.

On the western side of New Caledonia, the lagoon is very wide and shallow. It will take at least an hour to swim to the nearest corals.

A detailed tour of New Caledonia is here. The densest shades of the ocean right here – at the Marquesas Islands (the story of how I swam to them on a boat). There are many sharks that swim to the shore. Locals often cut fish, and predators swim to have a snack. The ocean is deep and opaque, so sharks are not immediately visible.

This is the territory of French Polynesia that also includes Tahiti, Bora Bora, Moorea and even more than a hundred islands. This is a favorite place of Brazilian and international hippies. But besides this, it is still naturally interesting here. For a long time, the winds were inspired by huge sand dunes (the largest in the world). You can ride on them on quads, especially unusual at night with the full moon. It seems like you are on another planet. 1 thought on “20 photos of powerful and crazy ocean worldwide”