In the endless Pacific Ocean, the islanders’ life is seething, filled with strength and love. They are used to other values ​​and an unimaginable white person lifestyle.

Here the rhythm slowed down and you can breathe freedom and immediacy from the heart. The inhabitants of the Pacific are friendly and relaxed, they are always happy to welcome new friends in their home.

How many islands in the Pacific?

There are about 20,000 islands in the Pacific Ocean. It is the largest ocean in the world. Each of them is a unique piece of the world, a small projection of the Earth. Sometimes even very close islands can be completely different and belong to different countries.

For example, the islands of Western and American Samoa. Historically, both are the same land with a similar culture and nationality. But at the beginning of the 19th century, American Samoa fell into the possession of the United States (after the signing of the act of consent), and the West became independent from New Zealand in 1962.

In addition, no matter how crazy it sounds, these countries are unimaginably distant in time zone. The Americans are in the -11 GMT time zone (that is, on the border from the Western Hemisphere), while the West is among the first to celebrate New Year in the +14 GMT belt near the border of the Eastern Hemisphere, where the dateline is. But between these islands only a hundred plus kilometers!

The largest islands of the Pacific

Unique wild mountain island. It includes two states: Indonesia (the region of West Papua with the beautiful adjacent islands of Raja Ampat) and, in fact, Papua New Guinea with the capital Port Moresby.

An excellent Malaysian island for those who like scuba diving. Underwater here grows entire gardens of coral and outlandish fish.

I have a special love for this country. Nowhere on Earth can you find such a variety of landscapes on a small piece of land as in New Zealand. Here the mountains live in partnership with beaches and the jungle.

I have not been here yet, but the Philippines is a favorite place for Australians and New Zealanders for a relaxing beach holiday and diving. Famous professional divers also live here.

How deep is the Pacific Ocean?

The deepest place in the Pacific Ocean is 10 994 m (Mariana Trench). Islands in the ocean live their lives. People are used to visiting boats on a visit to each other, families live at a distance, lost from each other in the ocean.

Sometimes the island can be so small that only a couple of houses are placed there. A storm in the ocean is not a rare occurrence. Sometimes the tsunami blows down whole island villages.

Other deepest places in the Pacific:

The Tonga Trench is located where the Pacific Plate and Indo-Australian Platform connect. It extends to the islands of Tonga.

The Philippine Trench has a depth of approximately 10 540 m.

Kermadec Trench is located in the north-east of New Zealand and is 10,047m. In 2008, previously unknown species of slugs and crustaceans were discovered at the bottom of the gutter.

The inhabitants of the Pacific

The Pacific Ocean is very vast, so a diverse living creature lives in different parts of it. For example, among the corals of the Great Barrier Reef, the breath of the tropics is felt. Famous predators live here – moray eels. Usually, they are long and striped, so they are easy to distinguish among stones.

In addition, a stonefish is of particular danger. It can be found in the waters of Australia and not far from the Cook Islands.

About 65 species of poisonous sea snakes live in the Pacific and the Indian Ocean, which emit very life-threatening poison.

The coastal tropical waters are inhabited by the noisiest (talkative) fish, especially in the area of ​​the Malay archipelago. Locals even listen to the fish talking through the oar and determine the most fish places in the ocean.

Giant flying fish and sharks live in the warm waters of the South Pacific Ocean.

Of non-hazardous creatures, octopuses and gastropods are also found here.

Pacific Islands on the map In antiquity, Indo-American navigators boats nailed to the shores of new lands in the right direction thanks to currents near the continents.

The topography of the Pacific Ocean is distinguished by its magnificent variety. Entire groups of scientists are studying the flora and fauna of the bottom in the area of ​​the South Pole (where the Ukrainian Vernadsky station is located).

Pacific Islands … This journey can last a lifetime. In essence, this is the same type of travel as traveling on the continent.

Each season you can visit one of the island countries or part of it. Given that there are so many islands and not all are so easily accessible, every trip will be an unforgettable adventure! 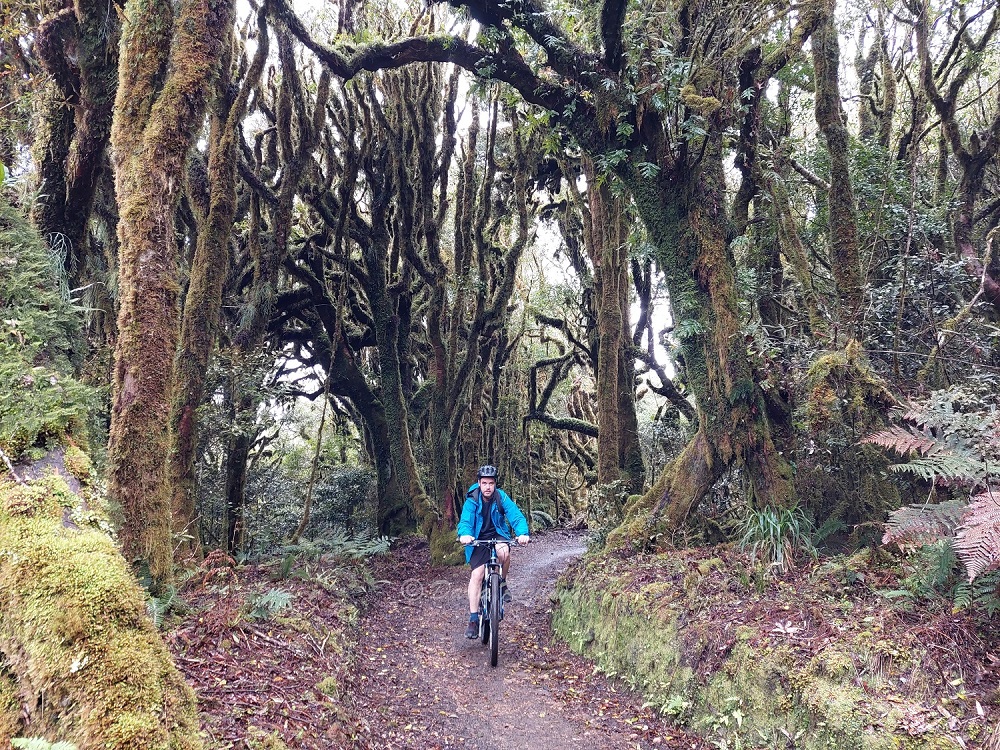 The Timber Trail is one of the 23 great rides in New Zealand. It is located in Pureora Forest Park (Central North Island) and it is Grades 2 to 3 (Easy to Intermediate). This 83 km trail is usually done within 2 days with an overnight stop at Piropiro campsite
Read More

How to Hike Kepler Track in 3 Days 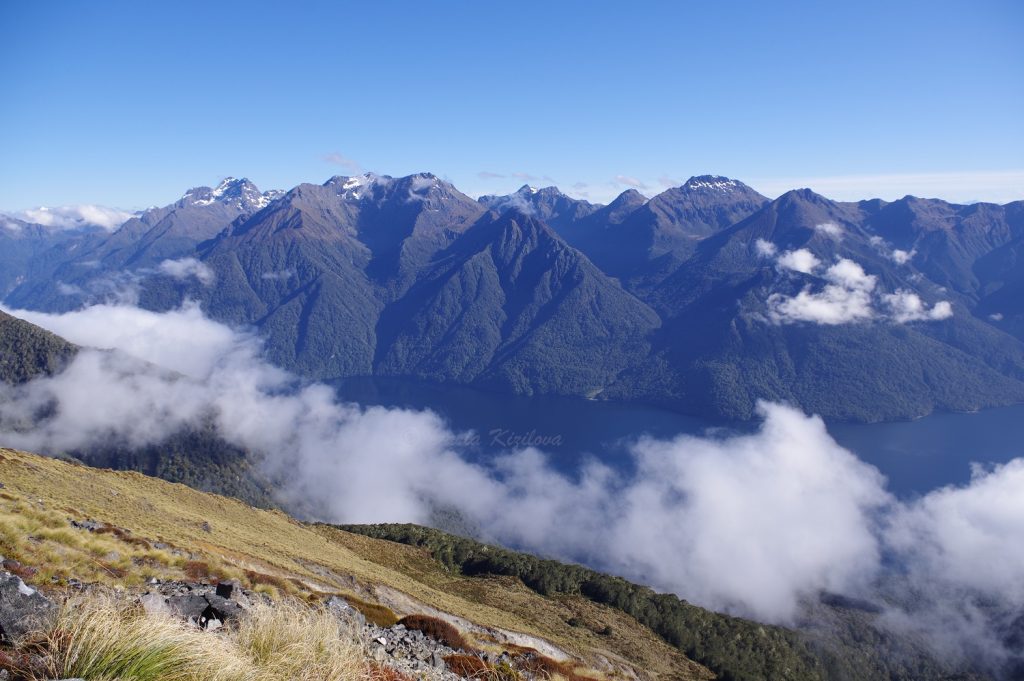 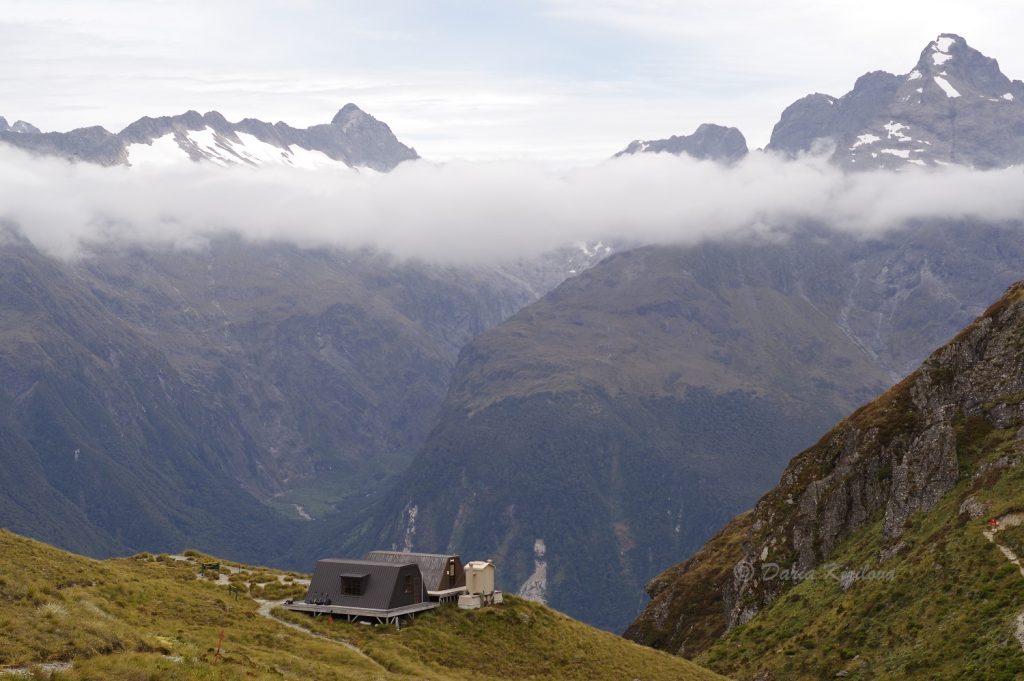 What is the Routeburn Track? The Routeburn Track is one of the most popular and amazing hikes among Great Walks in New Zealand. It is located on the South Island between the Divide and Glenorchy crossing Mount Aspiring and Fiordland National Parks. It is personally one of my favorites because
Read More 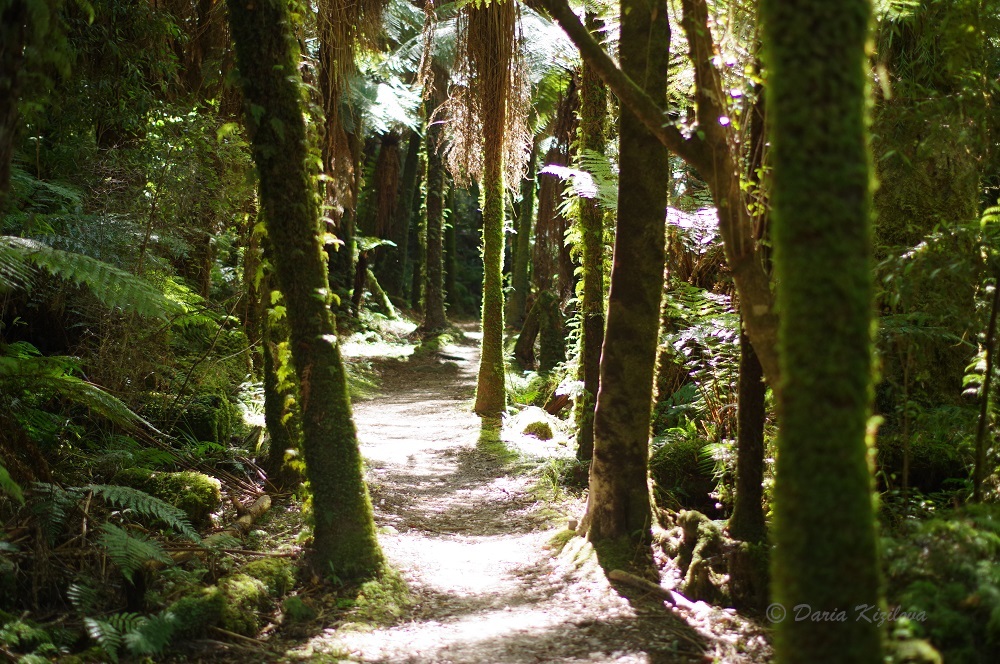 I’ve explored quite a bit of New Zealand (both North and South islands) but there are still wonderful places off the beaten path. It’s amazing that there are so many hikes for different levels and locations in this country, and new hikes appear every year. About the Whirinaki Forest Whirinaki
Read More 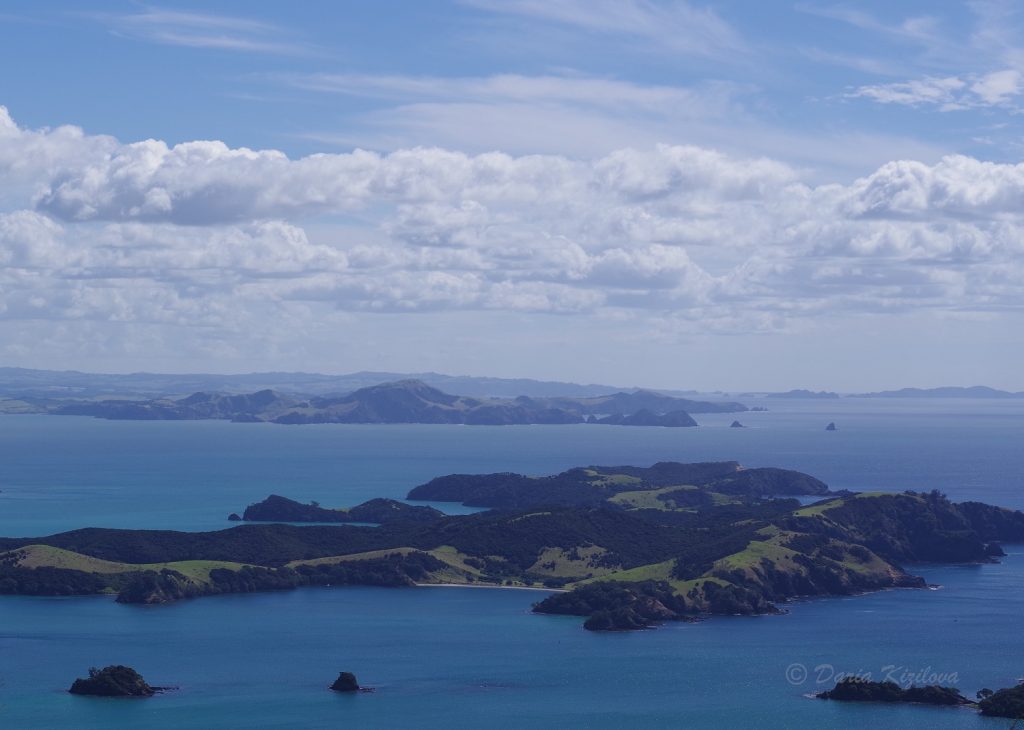 Cape Brett Track is one of the best coastal walks on North Island! I would totally repeat it every year If there were not so many other hiking options in New Zealand. How Long is the Cape Brett Track? The whole hike is 32 km long traversing native and regenerating
Read More

All You Need to Know to Hike the Tongariro Northern Circuit 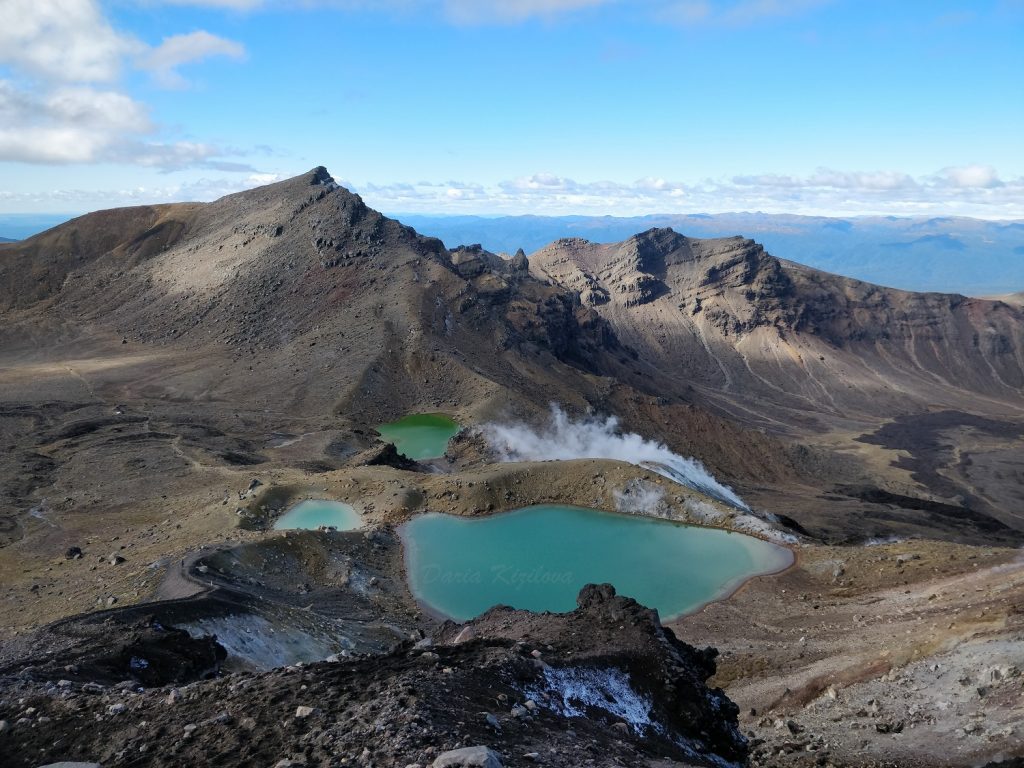 Tongariro Northern Circuit is one of the most amazing Great Walks in New Zealand! Though it doesn’t provide those snowy mountain landscapes that you enjoy in the South Island but it offers truly unique and diverse environments along the whole 2-4 day hike (45 km). The most beautiful part of
Read More 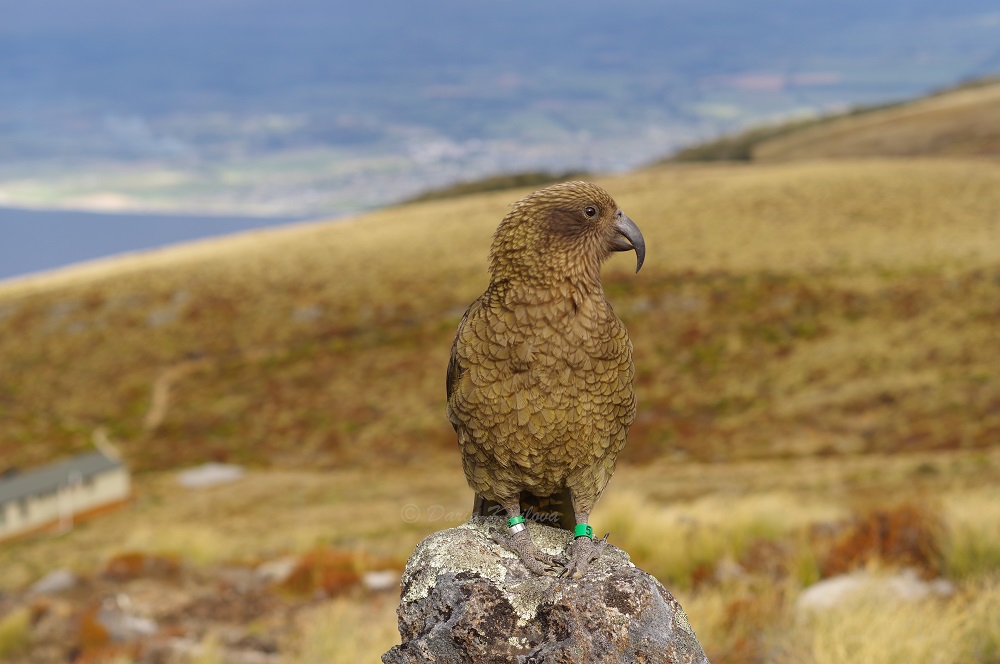 New Zealand is a real bird paradise! Since birds are the main representatives of the animal fauna here, a huge number of them appeared. At the moment, there are 200 endemic birds in the country that live only in New Zealand. They are just the most unusual and entertaining. When
Read More 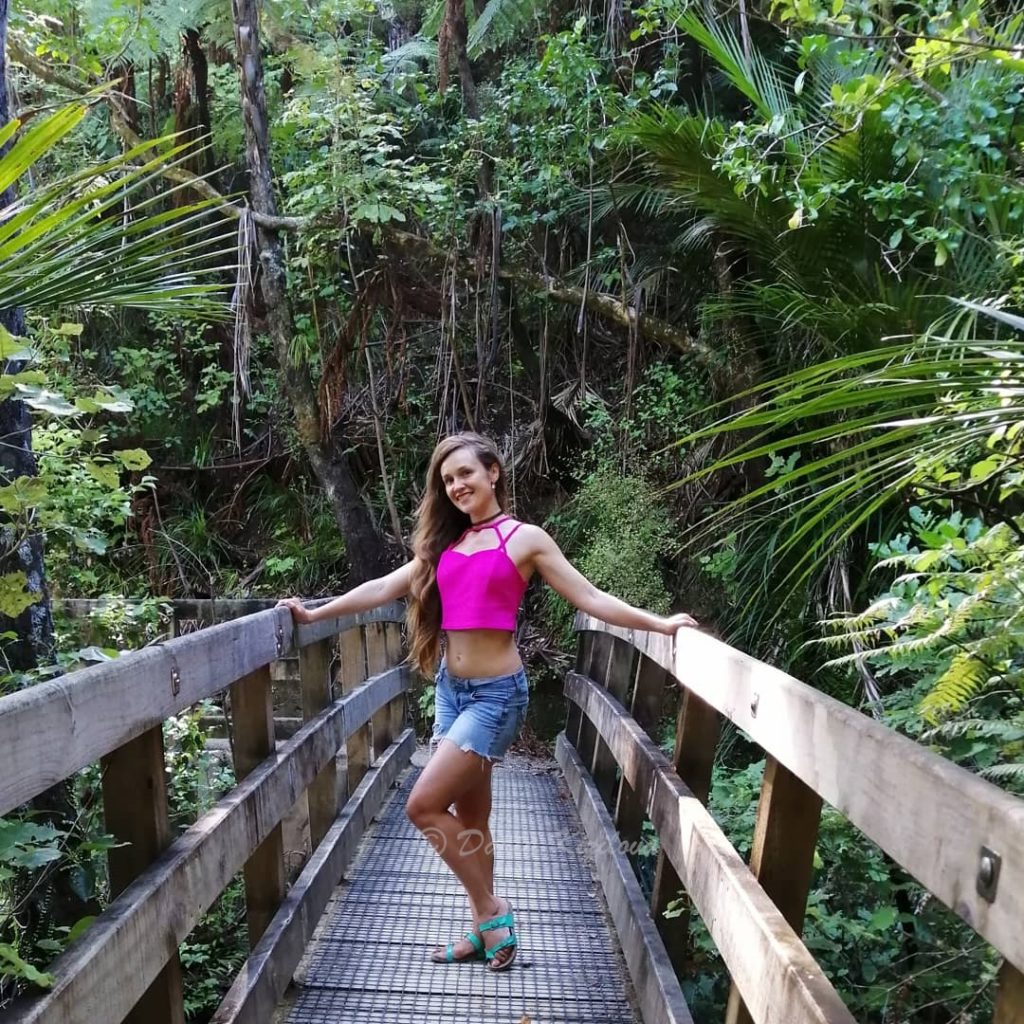 Living in New Zealand, I have already managed to get used to the fact that the surrounding nature is in many ways different from the nature of Central European nature. Sometimes I want to see dense birch groves, but there are only palm trees and tropical jungles. Nīkau Speaking of
Read More 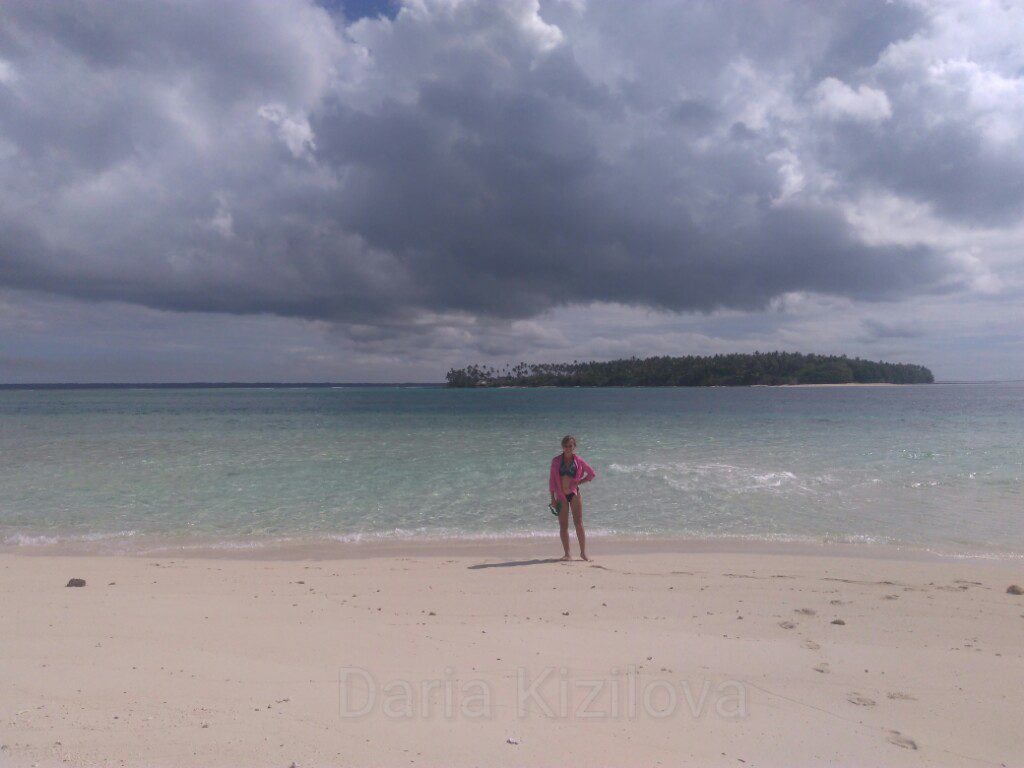 I have visited more than 50 islands all over the world: from tropical to polar 🙂 I can tell you how the island residents are doing in different parts of the world. How they differ and how they are similar. Life on the island is my favorite pastime, so now
Read More 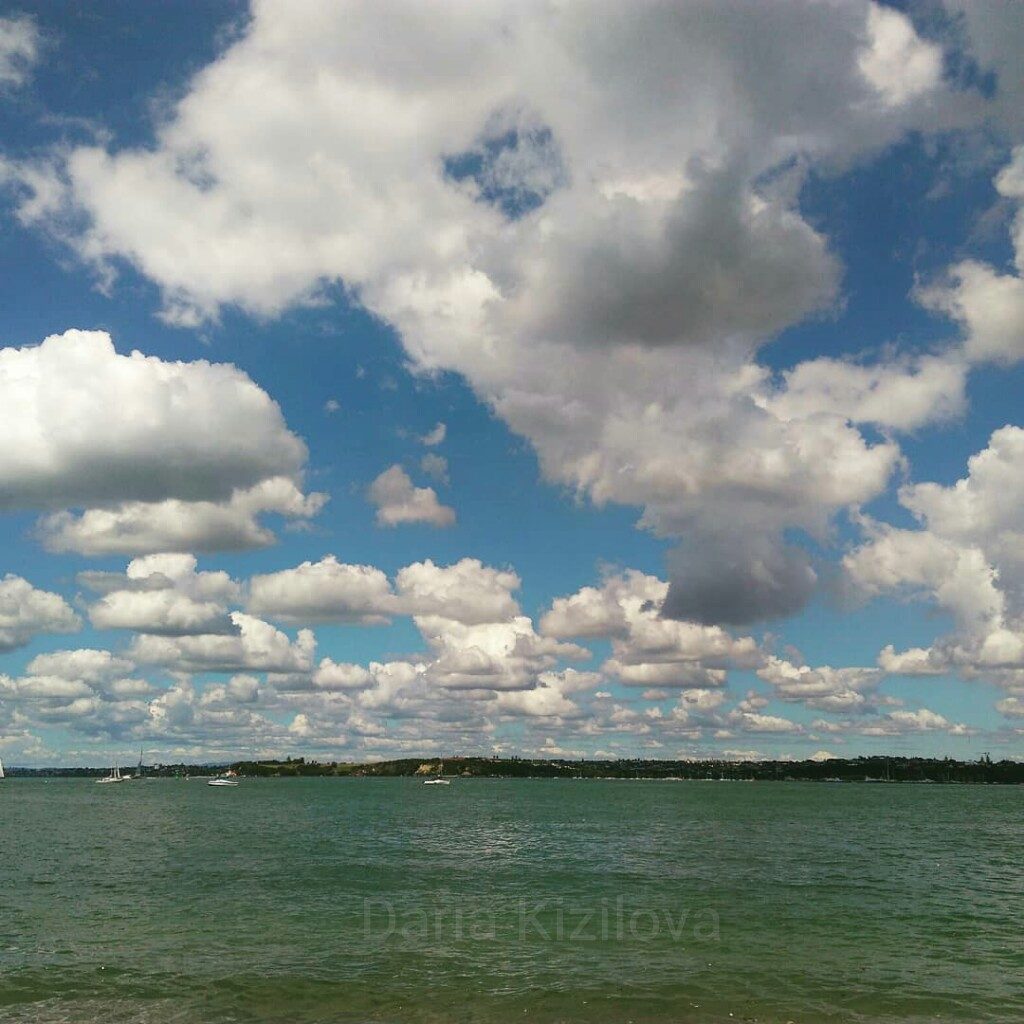 New Zealand – the two main islands are North Island and South Island. However, there are many other small islands around. For example, there are almost 20 islets in the Hauraki Gulf alone (some of them are populated). Unique islands of New Zealand There is an interesting White Island with
Read More