Living in New Zealand, I have already managed to get used to the fact that the surrounding nature is in many ways different from the nature of Central European nature. Sometimes I want to see dense birch groves, but there are only palm trees and tropical jungles.

Speaking of palm trees, in New Zealand the most significant is the nīkau palm, as it only grows here (endemic). The name of the palm tree sounds like this in the Maori language (or in the Latin Rhopalostylis sapida). It is about 10-15 meters high, the leaves can be up to 3 meters in size. This palm tree loves a mild tropical climate. Thickets of palm trees can be found on the coasts of the North Island or in the north of the South Island.

In general, the flora of New Zealand is quite unique, since the country was isolated for a long time, and even now it is not so easy to get to it.

Approximately 80% of all plants in New Zealand (which is about 2500 species) grow only here. As for birds, before the appearance of man, about 70% of all bird species also lived only here.

As with any island, New Zealand has few plant / animal groups of the same species. Some species most likely never were here at all, since they could not reach the islands. 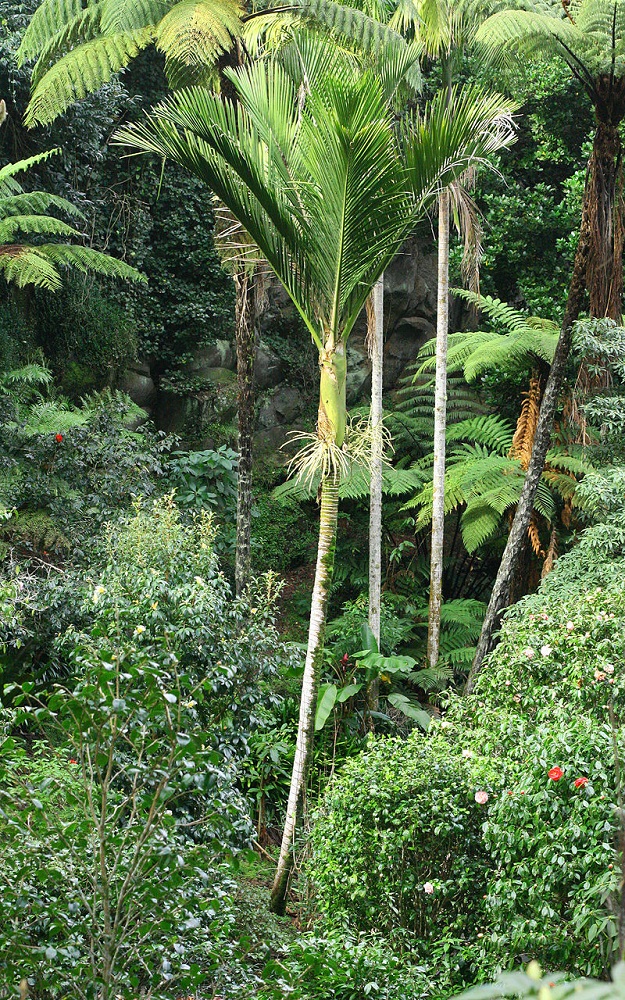 This coniferous tree is one of the oldest in New Zealand (and in the whole world!), It lives in the warm climate of the North Island. Especially rich kauri forests can be found even closer to the north, where the climate is milder and warmer.

Kauri can grow up to 50 meters, so they are easily recognizable, in particular by the interesting arrangement of tree branches.

The ancestors of the kauri trees date back to the Jurassic period (between 190 and 135 million years ago).

It is also interesting that in kauri they transform the soil in which they grow and create unique plant communities.

For the last two years in New Zealand, the kauri have been suffering from Kauri Dieback Disease, which is why the most wonderful park near Auckland has been almost completely closed (so that tourists and locals do not spread the infection on sneakers). This disease is caused by a microscopic fungus that, once in the soil, begins to eat up the roots of the tree, making it impossible for it to receive and transport nutrients.

In fact, this fungus was discovered back in 1970 on the Great Barrier Islands (also New Zealand), but the epidemic spread 2-3 years ago. 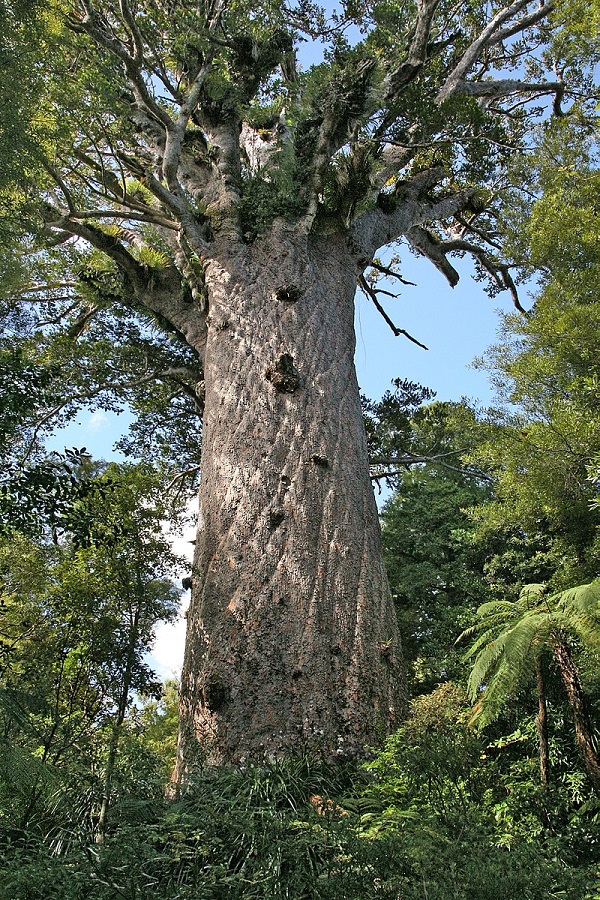 It is an evergreen tree that also grows in Australia, South Africa, and has even been introduced to California.

An adult pohutukawa tree can grow up to 15 meters long, sometimes alone and sometimes in groups on the coasts of the North Island. There are many Maori legends associated with this magical tree.

The threat to trees is a possum, a voracious animal, once imported from Australia and becoming one of the main pests in New Zealand. Possums feast on pohutukawa foliage and dig in the roots of the tree. 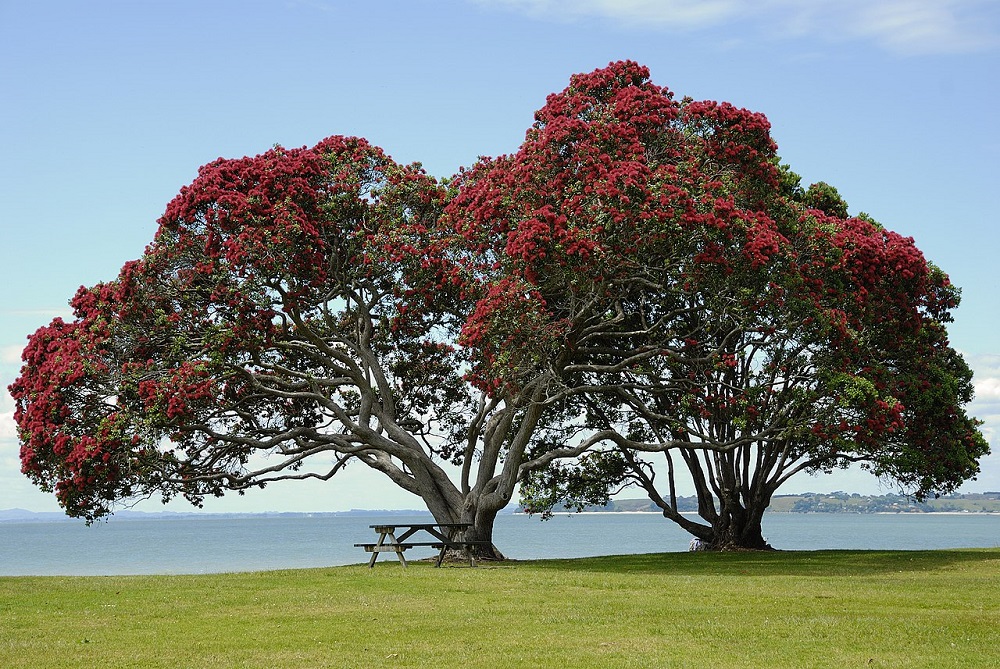 Pohutukawa By Ed323 at English Wikipedia – Transferred from en.wikipedia to Commons., Public Domain

Mostly, kowhai are identified by their yellow buds that bloom in early spring and adorn the green forests of New Zealand.

Images of kowhai can be found in local artwork and even on stamps and coins.

Mature trees can grow up to 25 meters and can be found everywhere in New Zealand – kowhai are very unpretentious. Local birds (tui, bellbirds, kereru – New Zealand pigeons) especially love the flowers of this tree for their delicious nectar.

In addition, the kowhai has very tough wood, and the flowers and leaves have a medicinal effect that is used by the local Maori. 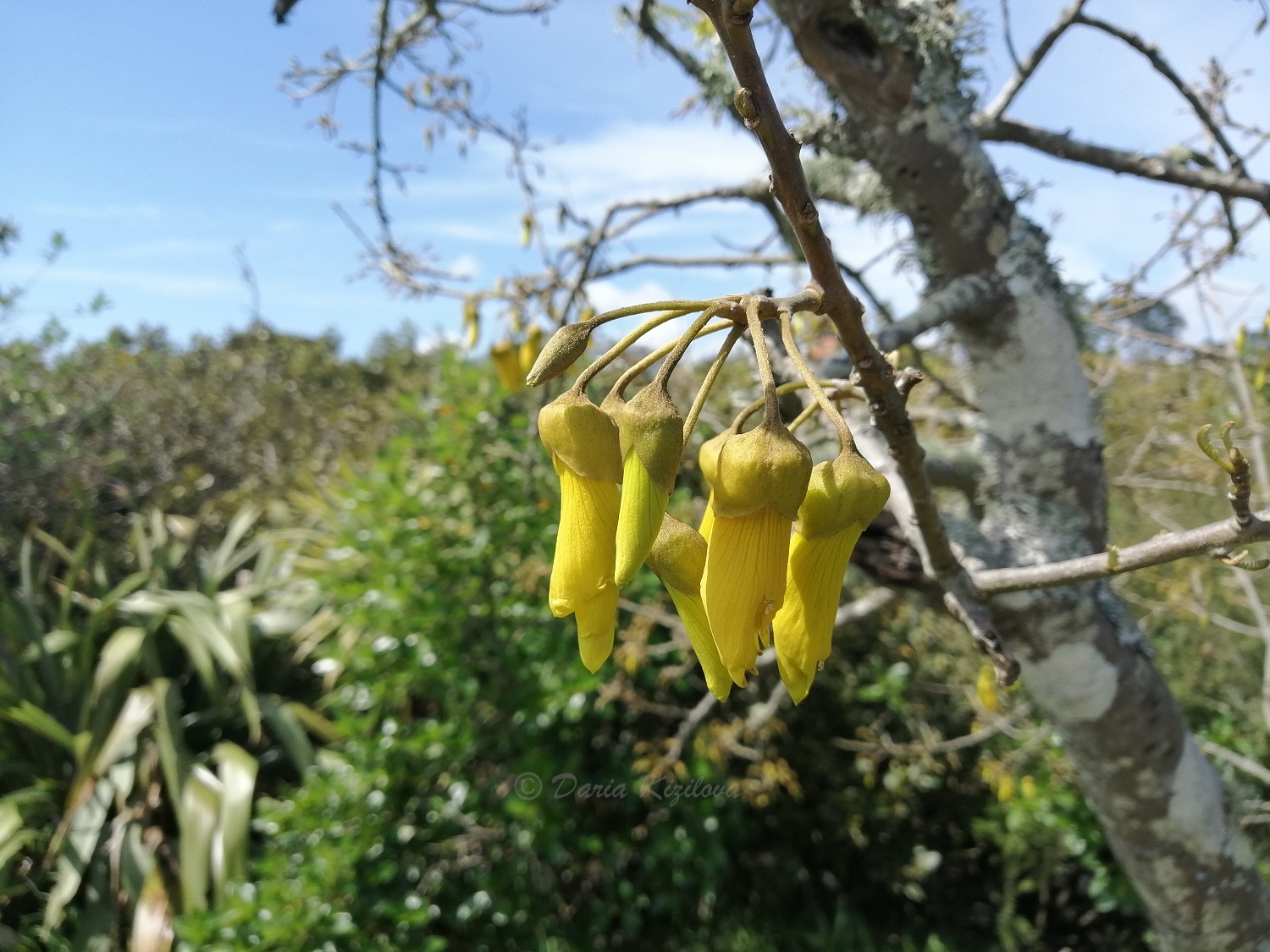 Another unique tree endemic to New Zealand. Totara can grow up to 30-40m, it is truly a giant tree with a trunk about 6 meters thick. The Maori used its wood for canoe construction and woodcarving.

Various pests constantly eat up the unique flora of New Zealand, therefore, volunteer programs are organized in the country to maintain and revive local endemics.

In addition, people are encouraged in every possible way to plant endemic plants, even in schools, children draw posters where it is clearly and clearly described how to maintain the natural uniqueness and beauty of the country. 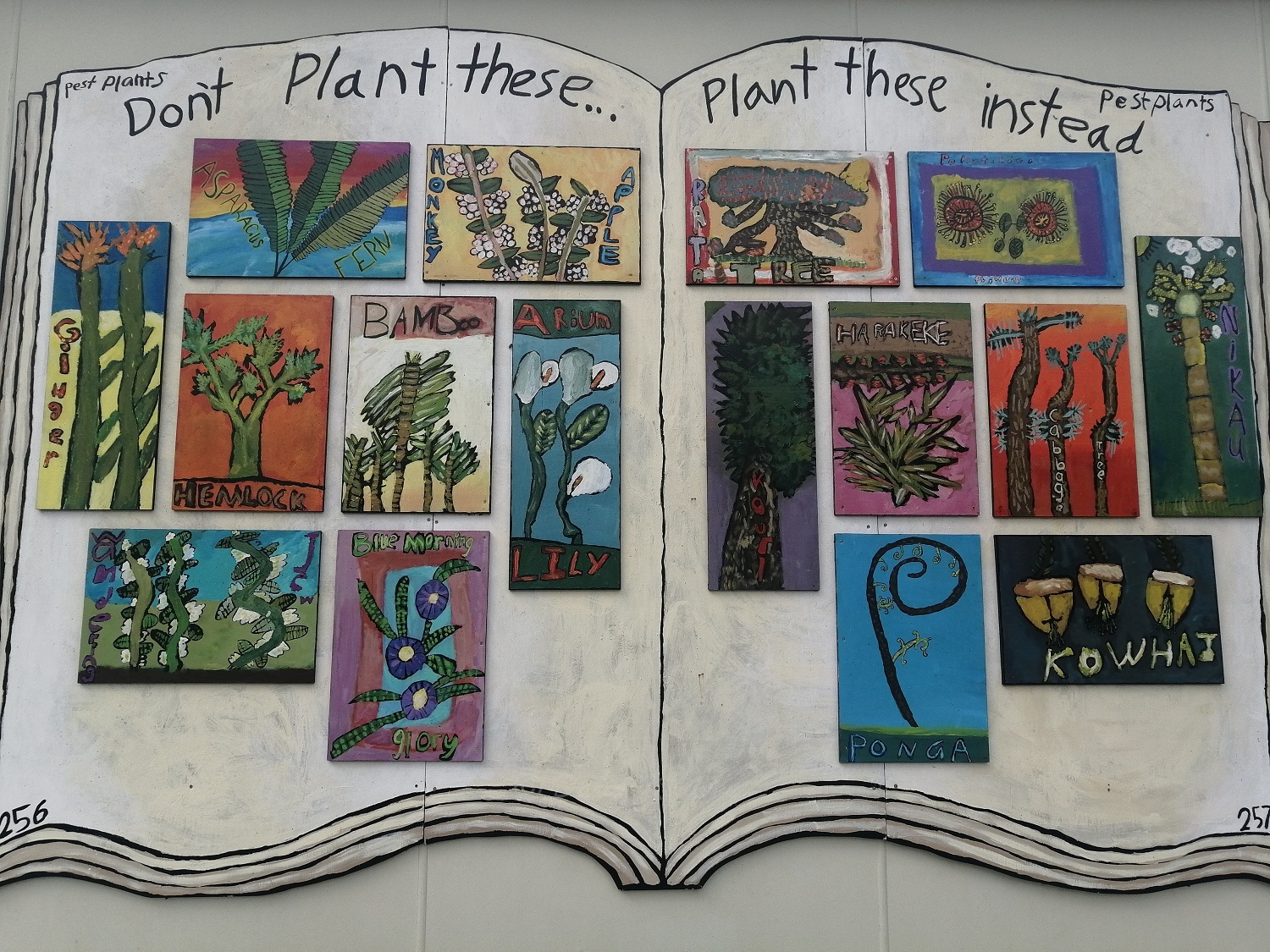 This list is not exhaustive (this is only the most famous), it can be added with at least 20 more plants and trees that I hear. In the future, I will definitely add to this list. In general, as I wrote, there are about two thousand or even more endemic plants here.