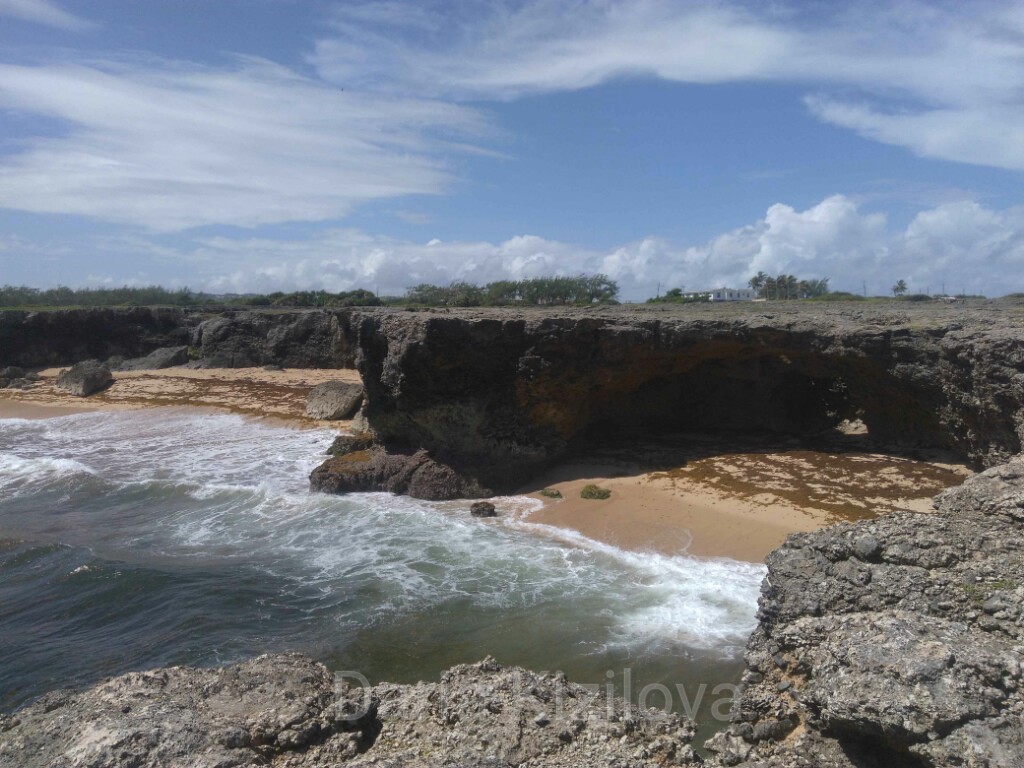 When going on a trip to the Caribbean Islands you need to remember a few things:

1. This is a very expensive journey, that is there is no need to rely on savings. Of course, you can find accommodation on couchsurfing.com But on the islands, there is much less opportunity to find a person who agrees to give an overnight stay.
2. It is home to 90+% of the black population.
3. You need to be good with reggae because it will surround you from all sides and constantly. You will meet different people on the way – there is complete freedom of style of clothing and especially hairstyles;
4. Most of the islands have a lower standard of living;
5. People will always be glad to see you here and ready to help but do not forget about the awareness of your own security.

I waited to get acquainted with the country. I don’t know why. Maybe because it has a pirate name, or because there are dancehall and booty dance. Maybe I was amused by parties and music. There are countries where for some reason you want to go to find out how it is. Then this country on the map will have an image, evoke sensations, memories and will be understandable.

In fact, to understand the Caribbean islands, I think you can go for a couple of them. If the budget allows, you can travel around them endlessly but they are generally similar to each other. Barbados again allowed entering the atmosphere of a tropical paradise. This striking Caribbean air which makes your hair lush and refreshes your eyes. The skin blooms itself. The sounds of the jungle – the voices of unfamiliar birds, crickets, cicadas. The tropical jungle is always filled with an orchestra of sounds.

Barbados is very hot. There is little greenery, developed infrastructure of the city, a huge number of roads (for such a small island, only 431 sq. Km – it’s impressive to have so many roads). There is no place to hide from the heat – it pursues everywhere, even at home under a fan. In the capital, Bridgetown, you can comfortably walk only until 9 am. Then the sun begins to mercilessly fry. The thermometer can show + 30-35 Celsius, but high humidity increases the sensation of heat.

Locals find shelter in the water. Along the coastline are stretched the most beautiful beaches of the island, for example, Brown’s Beach. Here you can always find a few unemployed / vacationing Barbadians who spend hours in warm Caribbean waters. Though water doesn’t allow cooling and going on a walk like the water of a mountain lake in Dominica.

The main highlight of Barbados is the gorgeous beaches. Most of them are located within the capital. It’s also interesting to see the caves: Harrison ‘s Cave in the Centre of the island and Animal FlowerCave in the North. North Coast is a rocky coastline where there are almost no beaches. I traveled there by bus from Speightstown, and from there by a small minivan to the North Cape and the cave Flower Cave. It is close to the beach where there was a settlement of Arawak Indians who first inhabited the island (picture). The entire central area is indented by small villages where you can ride forever, given that there are many roads on the island. On the East Coast is the only working windmill in the Caribbean region. Near a small beach Morgan Lewis Beach with red algae sailing from Sargasso sea. Clouds of algae and microorganisms can be found on the beach. Down below on the coast, you can meet a few secluded beaches, for example, Bottom Bay.

Grantley Adams International Airport is situated in the South of the island. Between Bridgetown and the airport, there is a small town of Oistins where they arrange fish feast on Fridays. There also are many beautiful beaches that blend into the coast of Bridgetown.

Despite a large number of people with pigtails in tattered robes, Barbados is a pretty safe place. By my standards, based on the experience of other countries, here I felt calm. People are honest and open. Some a bit rude in communicating but that’s their style.

All buses to any distance cost 2 Barbadian dollars (= 1 US dollar). You can go anywhere by bus as here the system is well developed. There is even a bus timetable. Within the capital, you only need to drive 15-20 minutes from one end to the other. For 40-50 minutes you can drive to the opposite side of the island.

People are very athletic. There is a high standard of living compared to some other Caribbean countries. The first impression I had is about this country-emptiness and the sounds of the jungle. There are 72 thousand people on the square-750 sq km (almost twice than Barbados, where 285 000 people). The main cluster of the Dominican culture is located in the capital of Roseau on the West Coast.

The international airport is located on the East shore where almost no one lives. Upon arrival in the country at night, it seemed to me that no one is there at all. Only Woods and huge paths over the ocean.

The road into town takes an hour and a half. It is a long windy ride through the forest, full of climbs, descents and unexpected twists. All roads in Dominica are narrow meandering. And the houses are built on each other in the crevices of the mountains, hanging over an abyss between rocks. I still wonder how it works. People find amazing places to live in. This country is nothing like Barbados! There is so much greenery, moisture, as well as a little cooler. Summer usually brings hurricanes.

The center of the country is a huge mountain with tropical forests. there are several parks – Morne Trois Pitons, the Northern Forest Reserve, Central Forest Reserve. Here you can get lost but the main waterfalls and Lakes roads can be easily found. But it’s a difficult Rocky path up and down full of slippery, mossy stones.

Sometimes you need to use improvised means, for example, cross mountain rivers by hanging from tree branches or lianas. You also need to walk a lot (for example, to the Boiling Lake it takes 5 hours return). The air on the way is saturated with hydrogen sulfide. Near the lake, it is especially hot. Trafalgar falls are located in the northern part of Morne Trois Pitons, surrounded by a large number of small natural lagoons. Boeri Lake has perfectly refreshing waterfalls along the way. It may take a couple of hours.

In the North, there is another larger town of Portsmouth. Indian River goes down from the mountains to the East Coast. Near Portsmouth, there are some beautiful quiet beaches, as well as small Cabrits National Park and the volcano of Morne Diablotins. Climbing on it, you can see the island Guadeloupe. In general, the magic white sand beaches on Dominica are not very common. Here, the main beauty is a jungle, mountain lakes, and waterfalls, not the beach.

In the South of the island, there are several good places for scuba diving. For example, in Champagne (South of Roseau) in the ocean, there is a beautiful reef where swim millions of fish and grow such tubular dense algae. I dived and stepped on sea urchins only a couple of times.

It is not so safe, as in Barbados, the country poorer even though it is expensive. Roseau looks awful: homes fall apart everywhere stinks. The most valuable in the country is its nature, mountains, jungles. If you go straight there and not to the city – you can have a great time!

Public transportation is not quite reliable. Roads and ways to get somewhere are in limited quantity. To reach places, sometimes you need to make 2 or 3 with transfers. Sometimes vehicles have to wait for 2 hours to be full of people.

People are not at all optimistic. Before, it was much better. After the last hurricane in the summer of 2015, the country was devastated. There are fewer tourists now, and the economy is not working.

In this tiny country (281 sq. km) you should focus a tremendous amount of unspoiled beaches with clear water. The main advantage over Barbados – they are not within the city limits. The landscape is leveled and the coastline has caves, bays and coastal lagoons. Here, the climate is hot while there is much more green than in Barbados. The old Indian name of the country and its population is Valadli (Vadadli). Local beer has the same name.

It’s hard to say where the most beautiful beaches are. You can go to Jolly Beach, English Harbour or stay near the town in Five Islands Village. In addition to exploring new beaches, there’s not much point to ride around the island. The spirit of Jamaica is felt in all the villages that are also not very safe.

In Antigua, even the most ordinary beach is enough to have a great time! The water of the Caribbean Sea is very warm and the waves are soft and slow. The white sand is rough but smooth. Therefore, the water is so clear that no mask is needed. You can see all the living creatures. It’s beautiful – nothing more is needed around! How much does it cost to travel, food and accommodation?

All the Caribbean islands are closely related. Some even form a community (for example, the countries of the South Caribbean dollar). Airplanes of the following airlines circulate between the islands: Liat, Caribbean Airlines, Winair, etc. All flights are from $ 80 and up. The price depends on the distance and fees that the island takes from departing tourists.

Living in the most inexpensive hotel costs $ 50 per night. Food is expensive on all islands. Barbados is a bit cheaper, and Antigua comes out the most expensive in terms of food. I think you can live on $10 a day if you only have vegetables, rice, bread, and even a little sausage.