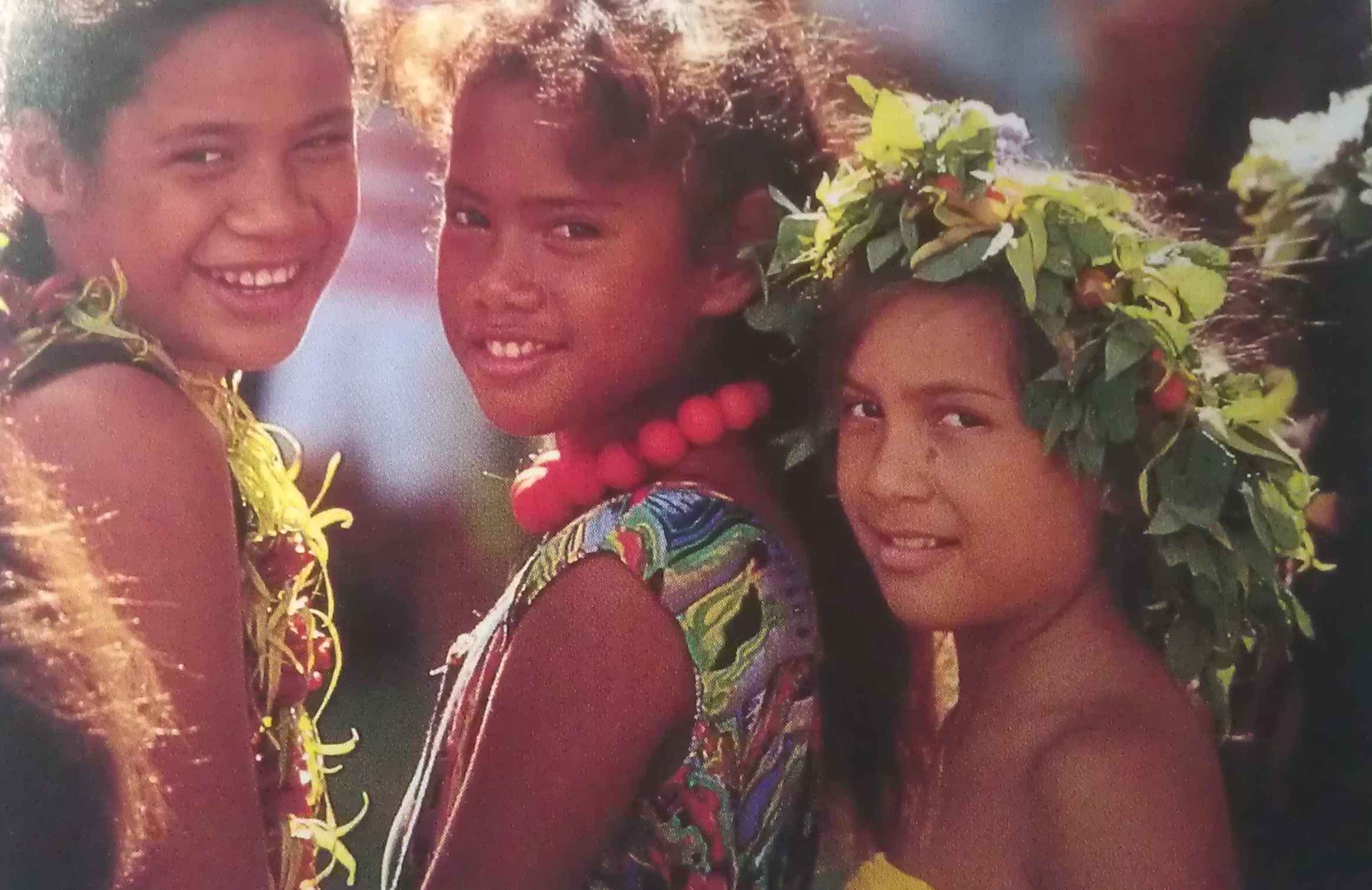 The traditions and lifestyle of the Polynesians are not at all like the usual rhythm and colors that are close to the eye of a European person. Here people are used to dressing and doing things that are so mundane for them as going out to the store for us.

For example, from childhood, children learn to work close to nature: fishing off the coast, weaving baskets, growing fruits, picking sea urchins and shells, and peeling coconuts. Everyone has their own interesting business. Children run barefoot and more easily endure contact with the sometimes ruthless nature. They fearlessly go out to sea, run among sharp stones, and ride horses.

Throughout Polynesia, there is a cult of flowers and decorations that nature provides. Flowers are everywhere: tipans, lilies, hibiscus, tiara – a real kingdom of flowers! Flowers are braided into hair, attached to a suit, put on the ear, or tied to the arm as a bracelet. A common thing on the way to work is to pick a flower and decorate your hair. At the same time, even men use jewelry made of flowers! On holidays, everyone – both men and women – wears flower crowns. It is amazing how much imagination can be expressed in the images of pareos, dresses, pants, blouses, etc. The drawings that came from Hawaii differ from Tahitian ones, for example. Each nation has its own identity, although they are all distinguished by a love of flowers in pareo coloring. Primary colors are white, yellow, red, black, and sometimes green.

White is the favorite color of the Polynesians. White is the color of purity, joy, celebration. White clothes are worn with pleasure both on holidays and on weekdays. And hair can be decorated with white flowers.

As there are so many countries stretched along the enormous triangular in the Pacific Ocean, Polynesian people’s appearances and traditions vary a lot.

Nations that live close to each other look quite similar visually but have a huge difference in traditions & lifestyle. For example, Tongans differ from Samoans – their neighbors. First of all, Tonga is governed by monarchs up to now while Samoa has a similar government type to the US electing their leaders. The two cultures differ in other ways too. For example, in Tonga, a woman does all the cooking in the traditional kitchen while Samoan women mostly stay inside, and men do the cooking duties.

Outwardly, pure Polynesians are very similar to each other: they have large eyes with long eyelashes, smooth cocoa-colored skin, long black hair (men also like to let go of their hair), and gentle, round, singing facial features.
Of course, now there are many mixtures since nationalities move between the islands and form interesting families.

For example, Tahitian mixed with Easter Island. Separately, we can talk about the Indians living on the islands of Fiji. According to scientific data, more than half of the population there are Indians. It brings its colors to the diversity of the Fiji people. Geographically, the islands belong to Melanesia, but they still stand at the crossroads.

The type of inhabitants in the Solomon Islands is also interesting (Melanesian). There are tall curly blond women that look like Scandinavians. It is still not clear where this type came from on the islands because there was no mixture. The gene arose itself.

Here are some popular questions about Polynesian people and this part of the world:

What Does Polynesian Mean?

Polynesian means a person who belongs to the group of Austronesian speakers who mostly came from Taiwan and nearby countries to the Pacific passing by Indonesia, the Philippines, Melanesia, and New Guinea.

Based on the DNA of Polynesian people, there is a close link to Micronesians and East Asian people.

Where are Polynesian People from?

Polynesians represent an ethnolinguistic group of people who live within the Polynesian Triangle and are pretty much related to each other. A lot of different islands belong to the vast Polynesian region in Oceania: example, Hawaii, Tahiti, Easter Island, and New Zealand islands.

A pareo is traditional clothes that can be wrapped around the body. It is mostly worn on the Pacific islands (Tahiti, Rapa Nui, Hawaii). In Oceania, a pareo is a piece of clothes to wear out, so they can be very diverse, beautiful, and fancy. Moreover, they represent cultural traditions and colors of a specific island.

Originally, this term was used for all women’s skirts (like men’s maro). However, it transformed and now is used for any piece of clothes that can be wrapped around the body.

Most Polynesians have long beautiful and shiny hair. It is very thick and of good quality. Polynesian people believe that the hair has Mana (spiritual force). That’s why according to cultural traditions, they rarely cut hair or have short hair.

The Polynesian people of New Zealand are Māori. They came to Aotearoa from East Polynesia between 1320 and 1350 AD. Māori settlers have a distinctive rich culture with their own language, beliefs, and arts that differ from eastern Polynesian cultures.