Fortaleza – the city of my dream 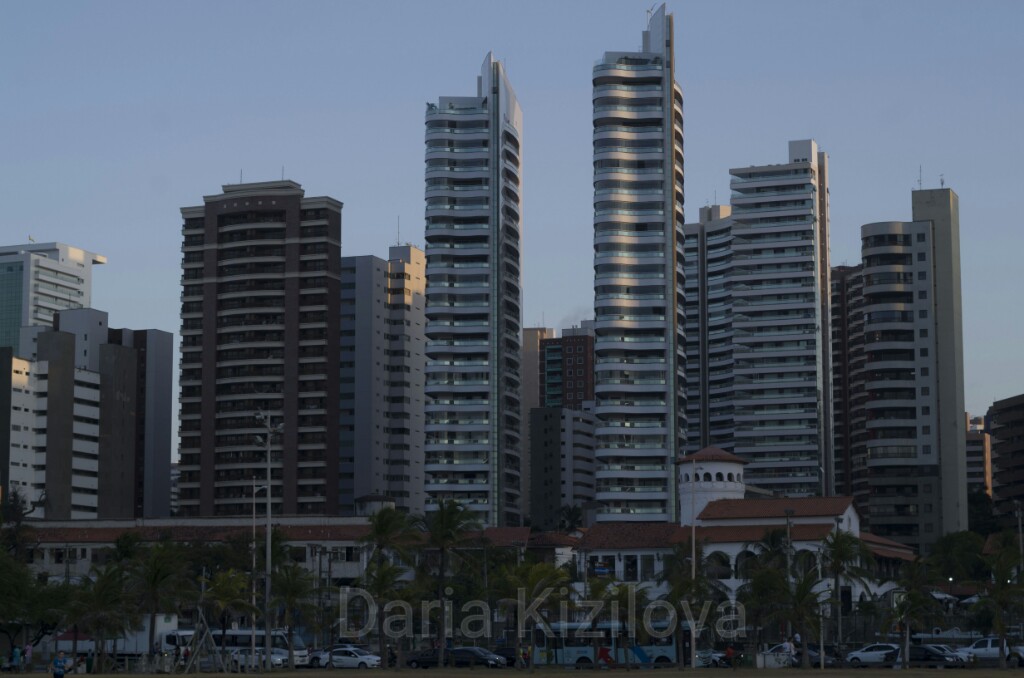 Fortaleza – is my favorite city in Brazil. Living in Fortaleza is a dream. It is located in the northeast of the country, almost at the entrance of the Brazilian forest. It is the capital of Ceará where there are more white and arid beaches in the country. The city is modern and full of bright colors and optimism. There are 2.5 million of people living there. It is the fifth-largest city in Brazil. Of course, there is a dark side. Here as in most of the great centers of Brazil, there are several favelas (favela is a poor district of the city). You have to walk very carefully through the center of the city, especially after six in the afternoon. In general, the favela is made up of unregulated and illegal human settlements in different parts of the city. When a vacant place appears, illegal residents build new houses quickly. Given that there is little free space, the houses are placed one above the other. The police can not do anything even to restore the order in these areas. It is not recommended to go to the favelas at any time of the day or night. There you have to pass quickly by car or bus (sometimes that does not help to avoid attacks).

The city of Fortaleza, Brazil suffers from a lot of heat. The city is located on the ocean coast, the skyscrapers on the beach line that borders the city do not let the wind pass. The asphalt is heated, and a huge number of cars produce even more heat. How to get to Fortaleza, Brazil? It is very easy to do by land from Natal, San Luis or another city below or above, or by plane from any part of the country.

Things to do in Fortaleza First of all, it is necessary to take a walk to the beach of Iracema. There is a magnificent modern monument of a beautiful girl – the heroine of the story, José Alencar, a Brazilian writer.

On the way back you can go to the clothing and souvenir markets where you can find handmade wonders from all over the northeast of Brazil.

Also, you can go on Stand Up Paddle in the afternoon. Along the beach, there are guides ready to teach that sport and show the tricks in the water. At sunset, it is beautiful with the calm sea and the red sun disappearing below the horizon.

Something else to do in Fortaleza, Brazil? Not far from one of the places where everyone learns to stand up paddle there are seafood markets and fresh fish. Here you can find everything you want. There is a special variety of shrimp. How lucky to buy a kilo of shrimp and cook a rich dinner!

In addition, near the center of the city of Fortaleza is the Beach Park water park, very crazy and super equipped so the beach has the same name. Here one can slip into the highest water attraction in the world until recently, an Insane Slide. It has a height of 41 meters.

About 100 km from the city is this wonderful red beach. It became known among hippie tourists because of the red dunes along the coast. Here they often make a paragliding flight like in all the tourist places in Brazil.

On the way to the beach of Canoa Quebrada, there is a famous tapioca restaurant. Tapioca is the most common dish in the northeast of Brazil, particularly in the state of Ceará. It is a flat piece of the mass of white cassava flour that is used to make them (they are formed by the union of flour grains with hot steam). Inside you can put the meat with cheese, seafood or something sweet (honey, condensed milk, fruit). There are many varieties of tapioca that can be found in this restaurant.