The world of Maori in New Zealand 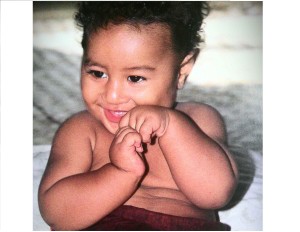 The Maori is a very particular and isolated culture that historically has its origin on the island of New Zealand but with time it dissipated through several islands of Oceania.

Around the year 1000 d. C. the Polynesians finally settled on the islands of the South Pacific that form the Polynesian triangle. The edges of the triangle are Aotearoa (New Zealand Maori), Hawaii and Easter Island. In the center of the triangle, there are Cook Islands, Gambier Islands, the Tuamotu archipelago, Society Islands, Marquesas Islands, and Australes.

A little later they settled in Fiji, Tonga, and Samoa. The conquest of New Zealand began with the Kermadec Islands. When in 800-1000 AD, the strong representatives of the Maori people came to the vast land of Aotearoa (so it is said in their language) it was difficult at first to adapt to the colder climate. Most of the crops that grow on the Pacific islands are equatorial.

However, farmers do not lose hope. They called the island “long white cloud” (Aotearoa) and started raising chickens, Moa (MOA in Polynesia means chicken). the fleshy chicken serves excellent for the food of the Maori culture. So far the descendants of the natives of New Zealand are tall and strong.

According to an ancient legend, Kupe – leader of the Hawaiki people (in mythology the land where all the Polynesians were born) when fishing on his boat was attacked by a huge octopus that took it to the shores of Aotearoa.

The area of New Zealand is more than the total area of the rest of Polynesia (approximately 250,000 square kilometers). Maori quickly occupied the vast lands of Aotearoa. Slowly the first settlements were formed and then the community. In each community, there was a center where the house that collected the ceremonies was located (Whare or whakairo). Near the house, there was a space for celebrations – marae. With the arrival of Europeans, the way of life has changed as well as the performance of ceremonies in Polynesia. However, the surviving elements of the center of the celebrations of Maori culture clearly indicate the basic elements of Maori architecture and designs.

Among the attractions of Maori art are often Maori figures – heitiki made of stone, greenstone or wood. This amulet is a symbol of abundance and fertility that had the form of a small pagan god and gave the strength of mana – the Maori elders, culture.