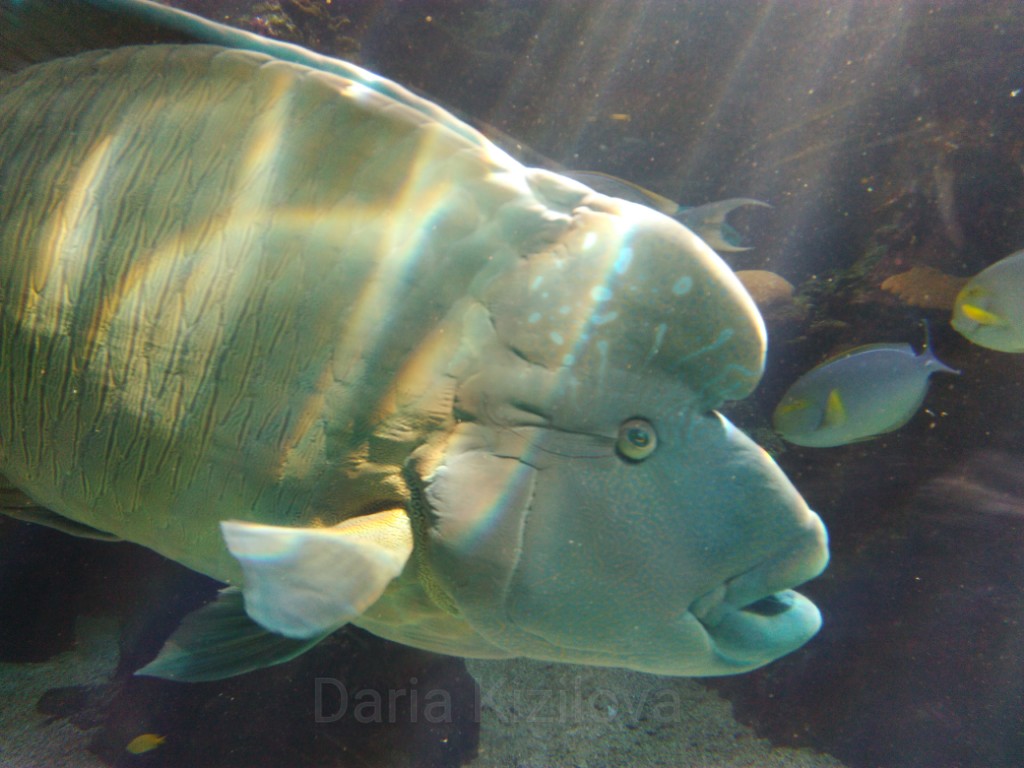 Every time I go on a journey, I feel inspired. This feeling of early adventure that the world around will change again, and I will open a piece of the map that previously was not familiar. And although I’m getting older and starting to love comfort, even a tiny trip, seems to take me back to the cycle of numerous trips that happened, one after another. I am entering this state of adventure again. Will the time come when I stop wanting to travel?

In New Caledonia, there is no tourist season when crowds of tourists come together, and it is impossible to find a free hostel room. During the year, people come approximately evenly, and there are not many of them. Often during the week, the rooms are empty and only on weekends vacationers take up all the seats.

Basically, people travel around the big island (Grande-Terre) by car. So it is more convenient to get to the most difficult places, for example, in Baie de Prony in the southern part of the island. Here is a small island of Ile Casy – in the heart of the underwater reserve. On the island, among the riot of the jungle, you can find small wooden houses with a sharp roof (les cases), where local people live in the villages, they are called les tribus. In fact, all of New Caledonia is a huge nature reserve located in the widest lagoon, the largest of the world. The country is on the 4th place in the world in terms of the total area of coral reefs. Ahead are Indonesia, Australia, and the Philippines.

How to move around with no car?

First of all, hitchhiking. Here it is the most common way. Around is full of good people, almost everyone stops. The island has a friendly atmosphere, and everyone helps each other.

Of course, you should not get into the local cars in the evening. At this time, people usually smoke and take alcohol. Local (les kanaks) are especially temperamental, like most Melanesians and Polynesians.

What to say about sharks, of course, they are in the coastal zone of New Caledonia. Many sharks are completely harmless, for example, les requins de récif (reef sharks). They are very small, a maximum of 2 meters long. Often they swim to the city beaches of the capital Noumea. In the bay where the city is located, there are several coral islands where these tiny sharks can eat. The lagoon is very attractive to reef and lemon sharks (requin citron). The latter do not swim close to the beaches and very rarely attack a person.

However, there are terrible dangerous sharks, for example, tiger sharks (requin tigre), hammerhead sharks (requin marteau). They rarely swim in the lagoon of New Caledonia. But sometimes they can be found a couple of kilometers from the beach. For example, when I swam on the east coast of the island, there was an ad that they had recently seen a tiger shark in these places, and swimming is not recommended.

And of the dangers, there is a stone-fish and a striped snake-fish (tricot rayé). A lot of miners around the coastal islands of the Noumea lagoon. Unusual Napoleon fish. I met her at the Noumea Aquarium. Dangerous snakefish, it was mentioned earlier. Fish-beauty, whose name is not defined.

Life in the country

As it is usually the case, the exchange of money at the airport is unequal. It felt like a huge shark had swallowed $20 and spat out a few hundred francs in response.

By the way, once, when I flew away from the islands of Tonga to Tahiti, at the airport check-in, they did not know where Papeete was located.

Accommodation is also very expensive and, as I wrote, it is difficult to find a hostel. Therefore, the surest way is Couchsurfing! But only in the capital – Noumea, or in large villages where there are many offers and the likelihood of finding a host. However, the most colorful places are tiny villages in the middle of nowhere where well, there is absolutely no affordable housing.

Guide Petit Futé helps a lot – its publications can be found right on the island or purchased somewhere in advance. There is much more local information than if you simply search through booking.com or hostelworld.com.

There is housing, and places for diving, and local cuisine – everything is there. Everywhere there are phones, websites, and even very rare ones. You can find les tribus and live right next to the locals! But such places are usually far from the ocean as local tribes live more and more in the mountains and jungles.

If active diving and exploring of coral reefs are planned, then it is far from cities, and housing is only available in expensive hotels (oh!) Or in camping/bungalows.

Things to see in Noumea

For the fish lover, the brightest places are the mini-islands throughout the bay:

I chose the first option and was pleased. On the island, you can stay even the whole day. It takes about 7 minutes to go around it. There is some area suitable for diving on one side only where the boat actually arrives. In addition, there are not many interesting things in Noumea: You can reach anywhere around the city by bus or a few buses. Sometimes the journey takes more than an hour due to transfers and it is easier to walk or take a bike. Buses do not go to Nouville.

West coast of the island

The most remarkable places according to me:

Since my article is about budget travel, there will be talking about buses, hitchhiking, hostels everywhere. But in general, you can, of course, rent a car and not worry about it.

To get to Poe Beach (plage de Poe), you first need to arrive to Bourail by bus (approximately 2.5 hours). From there to the village of Poe and the beach there are 20 km. You can get there hitchhiking that is very simple. There is a constant stream of passing cars and mostly local French people (not islanders).

All of them are friendly, curious and happy to communicate.

Right on the beach of Poe is this wonderful hostel where you can take a free kayak and go exploring the vast blue lagoon. That day the weather was nice.

In addition, in the vicinity, there is a long winding path (Route de Trois Baies) which covers the three bays: Baie de la Roche Percée, Baie des Tortues, Baie des Amoureux. The whole journey takes about an hour. On the way, you can meet plants and turtles. And also climb a small mountain, a view, and even have a small church. East Coast of the island

According to the locals, the most colorful is the east coast. To get to the rich coral and jungle places, you need to take a bus through the mountainous center of the island. And from there, you will get into a fairy tale. The bus goes slowly and stops every 10 minutes because in every small village someone sits or gets up. In general, the trip from Bourail to Hienghène (the maritime village where the large coral reef and the island Hiengha is located) takes about 5 hours. By the way, bus routes can be found here.

Babou Coté Océan is the name of the diving center and campsite where randonnées palmées (swimming in a mask among chorus and corals) take place. They have recently seen sharks – they swam to the beach. But the local population is not very worried about this as there are always sharks in the ocean 🙂

The boat in the hunt for fish starts right from the campsite to the small island of Hiengha. After half an hour, the underwater adventure begins. Almost the entire north of this coast is full of coral reefs: the villages of Poindimié, Houailou, Touho. And to the north, near the village of Panié, there is the mountain of Panié (1,618 m) – the highest point of Caledonia.

You can go deep into the mainland and stop at some tribu. Tribes trade in fruits and vegetables along the road, and also work in hotels on the coast. What to tell about the inhabitants of New Caledonia? First, they are very polite and decent people. People on the streets say hello even if they do not know a person. They are always ready to help and participate.

Many of them work with rather low salaries because pride does not allow them to ask for more. Therefore, managers often use these features of the local population.

Unfortunately, many here smoke cigarettes, especially women. Generally, on the islands, there are not many people who smoke but not in New Caledonia.

Security on the island is felt almost everywhere. In general, I didn’t have the impression that I can be robbed now, or something incomprehensible is happening. And even if people sometimes look unusual, they behave adequately and do not frighten anyone.

Only hitchhiking can be a little dangerous, especially in the northern parts of the island where there is more wildness.

There is not one single local language on the island, for example, like Tonga or Fiji. First of all, everyone speaks French. On small islands (Lifou, Uvea, Mare) there are several local dialects in different villages.

Interesting, I expected to meet Tahiti in New Caledonia, and I saw Haiti. I mean how people look like. Since this is still a French territory, like Tahiti, I thought that people would look like Tahitians.

However, the Caledonians are much darker and very similar to the nearest inhabitants of Vanuatu. These two areas already belong to Melanesia. Therefore, the skin color is darker.

In Tahiti, even Tahitians themselves sometimes look like European French. In New Caledonia, it seems that there are only local people around while their skin color and appearance are almost African.

It feels like they just took the Haitians and changed their clothes and habits. Instead of a turban or a basket on the head, women here wear flowers in their hair. And they dress in long loose dresses (especially older women), decorated with flowers and outlandish drawings.

A bit of history

New Caledonia is a region with a very complex history. About thirty years ago, there was a war between local residents and colonialists who were trying to take away land from local people. The result of the war was the eternal hostility between the white and black. Even now, they do not mix well because local people are used to communicating only with each other.