Where to find statues on Easter island 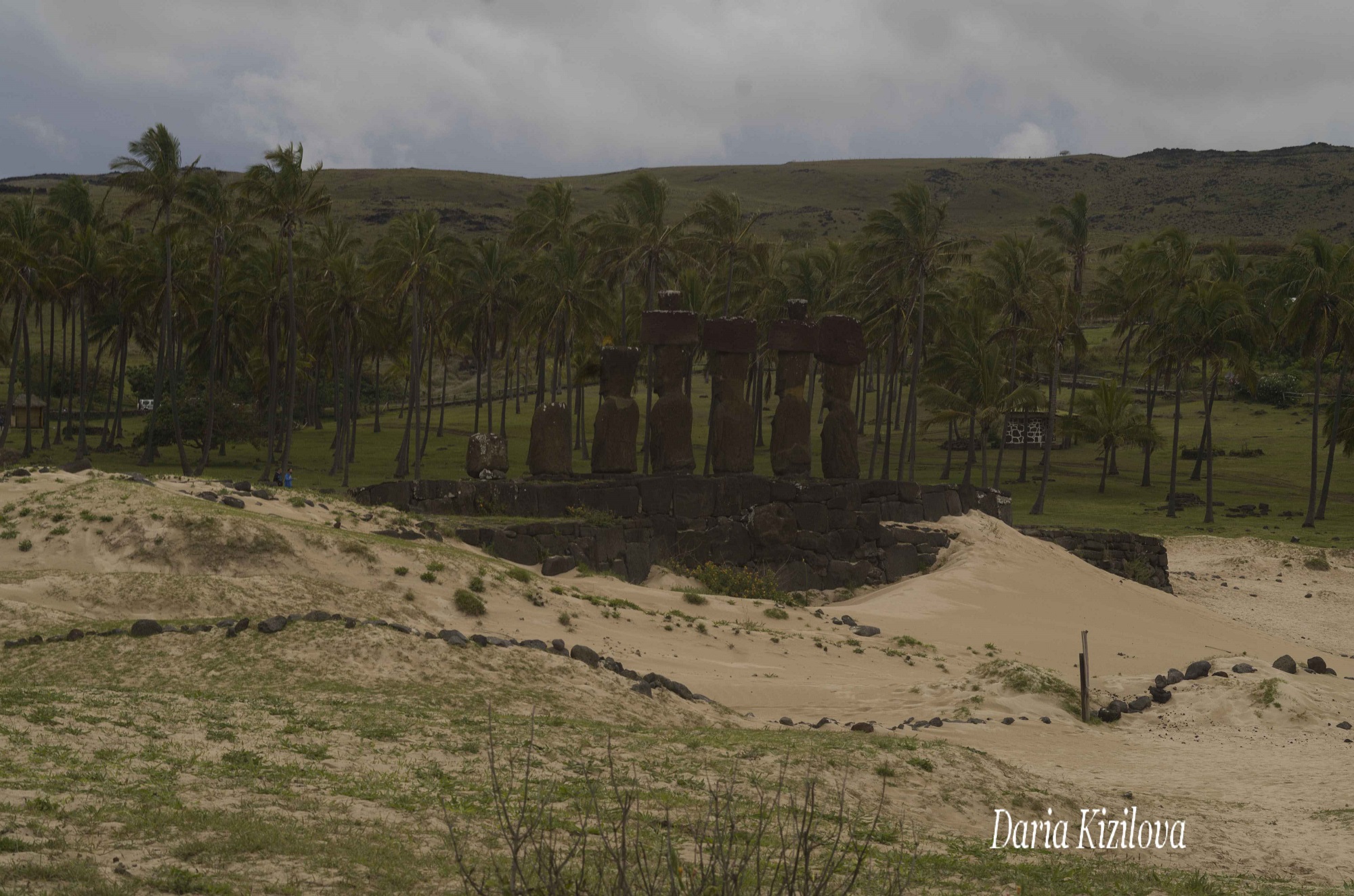 On Easter Island, you can find around 160 stone statues (in the local Rapanui language called moai). However, they are only those that were brought to the coast of the island and placed on platforms. They were produced more than 800. Most of the statues are located along the coast on the platforms with one and several statues (Read about Easter Island). They look inside the island protecting it in your own way. The only platform of the 7 statues of Ahu Akivi (ahu is platform) that does not look into the interior of the island but towards the ocean is under the mountain of Maunga Terevaka. The moai await King Hotu Matua who will sail from the sea on his ship to save the town from the constant struggle. The longest platform has 15 moai under the Poike volcano near Ahu Tongariki. All the mystical places on the island can be seen in 3-5 days – here more about the Easter island routes. Here are the main moai of Rapanui:

This complex is located near Hanga Nui (in the translation “Big Bay”). Geographically, this place belongs to the southeastern part of the island, directly under the Poike volcano. In the beginning, the platform was approximately 100 meters long where 15 statues were installed. The height of a statue was 5.6 to 8.7 meters and the average weight of about 40 tons. The biggest statue with a big hat has a height of 14 meters from the level of the platform. During the Civil War, this platform was destroyed like most of the monuments of Easter Island. In addition, on May 20, 1960, a large earthquake and tsunami in Chile captured the eastern part of the island. Most of the platforms were dragged almost to the water’s edge.

In 1992, a group of archaeologists from the University of Chile, thanks to the sponsorship of Japan, have reconstructed this exceptional monument.

In front of the platform is the ancient stone image: fish, turtles, bird-men, and God Make Make.

The platform is located below the Maunga Terevaka mountain, in the northwest part of the island. The statues are facing the sun and looking at the ocean. 7 stone statues represent the seven explorers who according to the legend of Hotu Matua arrived on the island. Behind the platform at the base of the statues were located the old crematoria.

According to legend, King Hotu Matua arrived at this beach. Previously, it was called Hanga Mori A One (bright bay sand). Later it changed its name to a bird (kena) that lives in the cave above (ana – cave).

This platform was destroyed during the civil war on the island. In 1978, it was rebuilt by archaeologist Sergio Rapu. Each of the 7 statues has a hat (pukao). An important detail of the monument is that one of the statues has true coral eyes. This is one of the few cases when moai have a human face from their ancestors (aringa ora).

Ahu Nau Nau incarnates the Ariki Henua kings, that’s why they have special tattoos, and each one – a hat (they are said to belong to the high nobility). Before the kings and judges, Ariki brought some young people after tattooing (obligatory ritual), or to send them to the cave Ana O Keke where they had to spend a few months to whiten their skin.

Next, to the stone statues on the beach of Anakena, there are the ruins of the ancient city of Maunga Hau Epa. Here there are homes (hare paenga) and gardens (te manavai) as well as pae umu ovens. Apart from the Ahu Nau Nau platform, there is a statue of Ahu Ature Huki rebuilt in 1955-56 by the Norwegian archaeologists of the expedition of Thor Heyerdahl right next to his camp. This is an old factory producing stone statues. There are 397 of the 838 moais in the whole island. This place is located at the foot of the Rano Raraku volcano crater before reaching the platform of Ahu Tongariki. The average height of the statues – 4.5 meters. However, the ancient Rapa Nui sculptors made two statues from the height of 10 meters (without taking into account the height of the platform) and sent them to Ahu Hanga Tetenga (southeast of the island) and Ahu Te Pito Kura (north of the island). In the factory, you can also find a giant moai, for example, Te Tokanga that weighed almost 200 tons. Most of them are located in the hills of Rano Raraku. The construction of those stopped by the wars between the clans that began later.

The enormous monolith of 20 meters has been sent to Vinapu where for now only the head is conserved. In total there are 164 statues installed throughout the island.