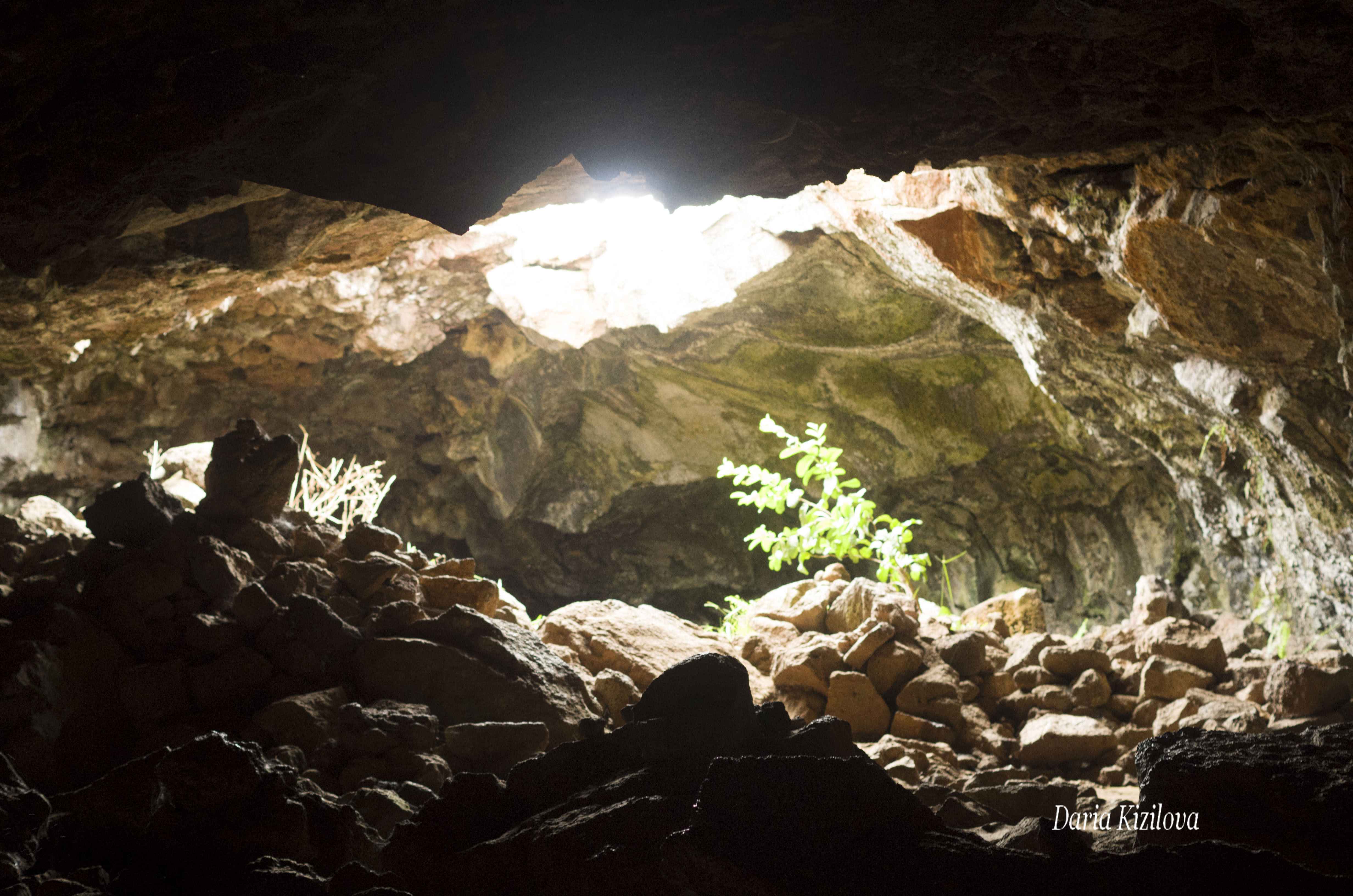 Easter Island is 165 square kilometers with a population of approximately 3,000 inhabitants and tourists (information on the island of Rapa Nui) locals. Here are the platforms with the statues (Te Moai). However, not only stone giants are attractive to visitors.
Thanks to the special tectonic structure and the emission of lava from 3 volcanic craters that are based on Easter Island, many caves were formed. In the days of the clans, each cave served as a refuge for the inhabitants of Rapa Nui. They could be there for a few days or even months. There they passed the rituals and the daily life of the Rapa Nui people. Currently, the caves are tourist destinations for tourists from around the world. The caves are on the whole island, but not all can be reached:

The largest cave on Easter Island is Ana Kai Tangata. It is located in the southern part of the island, on the highway from the capital, Hanga Roa to the crater of the Rano Kau volcano. According to the legends of Rapa Nui, this cave belonged to the cannibals and a cannibalism ceremony was held on Easter Island. Actually, the name is translated as “the cave that eats people” (Tangata – man, kai – eat, food). In addition, the cave is known for the ancient bird-man ceremonies on Easter Island. It was a kind of competition between the brightest representatives of each of the clans. Up to now, there is a bird manutara in the cave paintings, his egg had to find in one of the small islands (motu) and bring the elderly Ariki.

The cave is located on the coast with an entrance facing the sea. At present, there is a rock staircase until it can be reached by leaving the main road and following the sign. Be careful, because the place is dangerous with avalanches of stones. That’s why it’s better not to climb deep into the cave.

This cave is located at the back of the Poike volcano descending steeply towards the ocean. Previously here the young women and boys (neru) closed to whiten their skin color. The elders of Ariki sent those who consider themselves too “dirty” in the cave for a long time, sometimes for several months. More information about how this happened, can be learned from Rapa Nui movie which was released in 1994 (Producer Kevin Costner). “Cave of two windows” is in 30-40 minutes walk from the area with Tahai platforms. She is the first on the way to the caves of the western part of the island where Ana Te Pora and Ana Te Pahu can be found later. The entrance to the cave is a small hole that is hard to notice. You can not believe that something is behind him. However, the hole becomes a large cave with two round outlets pronounced to the sea like windows. You have to be careful not to slip and fall into the ocean. From the ocean, the cave is also accessible only to those who climb as the path is not acceptable. This oblong cave formed by the flow of lava. As most of the caves on the island, it was a place of temporary refuge, sheltered from the rain, cold and wind, as well as the venue for the rituals. You can go through this cave.

This cave is located in Roiho sector (far from the city). It was formed by volcanic activity between 6 and 10 thousand years ago. The ancient Rapa Nui used it for a temporary dwelling (ana kionga) to hide from the cold, the wind and the rain as well as the observance. This is a very extensive cave with a hole in the top. Nearby are the banana trees so it has another name “Cueva de los plátanos” in Spanish. On Easter Island, they speak two languages: Castilian and Rapa Nui.