Rapa Nui – the most isolated place in the world 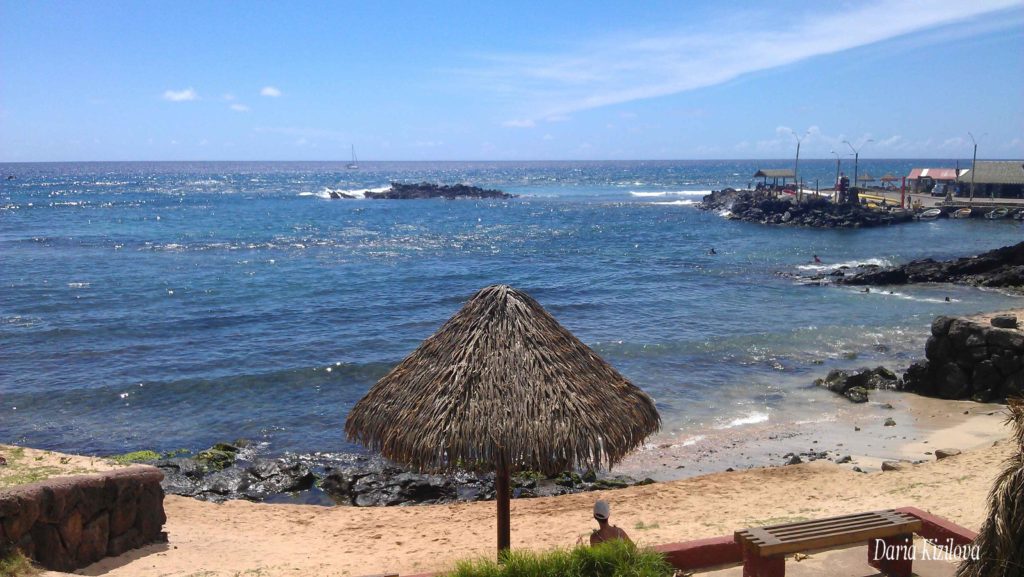 Easter Island is the place so far and lonely that not even some know. Actually, we know it only by those who are interested in geography or read the books of Thor Heyerdahl. Most tourists come to the island just for this – see the huge stone statues and the petroglyphs. However, the island-like any populated place in the world has its own through a little slow peculiar life. The island is 163 square meters, around 2000 humans live there.

People come to the island throughout the year. Of course, the tourist season is winter and summer. Winter for the inhabitants of the southern hemisphere, above all. In summer, tourists come mainly from the northern hemisphere to explore the routes of Rapa Nui. There are visitors in spring and autumn. That is why the island is very good to work in the tourism sector, and there is a constant cultural exchange. The road that runs from north to south – from the capital to Anakena beach – crosses the island. Also on the circumference of the island along the coast, there is another road that crosses the Anakena road. In the capital of the island (a small town) there are some streets. The island has a high concentration of cars, motorcycles, and mopeds, several buses. Almost all families have at least one car and one motorcycle. There is no public transport, you can call a taxi if necessary.

Most of the products are imported from Santiago de Chile, so prices are high, almost three times more expensive than on the continent. In stores there is no diversity, all products are basically the same type. But this is a common thing for Rapa Nui people, as they are accustomed. Almost all fruits and vegetables are expensive and imported from the mainland.

The biggest activities are connected to the sea: surfing, diving, fishing. You can also ride a horse (many families raise horses for tourist activity), go in a bicycle or motorbike. There are nightlife and local dance shows. The people who live on the island do not consider themselves Chilean and are quite hostile to Chile. They believe that the capital carries the money earned in tourists, and places large import duties on the products. The Rapa Nui people (the local Rapa Nui language) do not like Chileans. Men are big, black and hairy people. Women of extraordinary beauty – dark skin with large eyes and long black hair. The people are friendly and cordial.

Life is built around the family (there are only a few large families on the island, so everyone has many cousins and brothers on the island). On the weekend, they go around the city and organize a barbecue, roast meat, drink, and talk. The island has a large amount of alcohol and meat.

The nightlife is very active, sometimes it lasts until 9 am – there is no limit. People go to the beach, near the coast, to the coastal area.

The cultural carnival – Tapati (at the beginning of February) is celebrated annually. There you can learn a lot about the traditions, rituals and traditional costumes of the island.

As the island is connected by sea and air routes with Santiago and Tahiti, the island has a lot of common products, traditions, and people. And many are going to travel to French Polynesia.