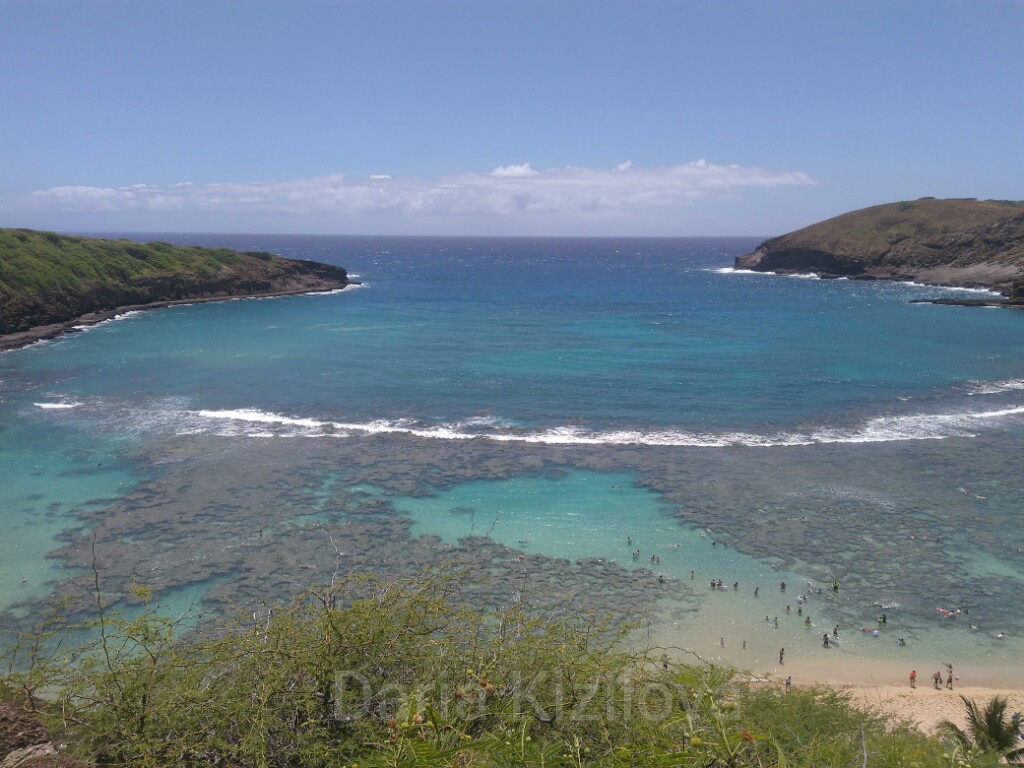 Hawaii is one of the remotest island groups on the planet. In the past, many species of plants and animals could not get there by water or by air. Therefore, in Hawaii, the natural habitat was formed. As well as on many islands distant from the great land, in Hawaii, you can find amazing and unique species of fish, flowers, and insects.

I have only been a few days in Hawaii. There, it seemed that there were no previous journeys at all. The striking nature and relaxed atmosphere of the islands made it possible to quickly forget busy Caribbean islands and fast trips. It can knock out to make 8 flights in 2 weeks and change the time zone several times.

Hawaii is a place that you will not find anywhere else on Earth. Here, the magnificent nature exhales moisture and greenery, smooth mountainous landscape and amazing ocean breeze. Although I am already far away, I still can not forget these delightfully beautiful green mountains haunting along the road, waterfalls and the smell of greenery. Even the sunlight on Hawaii is something special, saturated.

Oahu is the first island in Hawaii where everyone arrives from all over the world. Translated from the Polynesian language, it means “gathering place”. To get to Oahu, the easiest way is to fly to San Francisco in any convenient way. Inside the US, flights are cheap, and the road from Puerto Rico to California can cost as little as $150, which is almost a third of the globe by distance! From San Francisco, Hawaiian Airlines and Island Air can deliver to Oahu for $200.

You can also fly from Australia for $200 and from New Zealand for $350 if you get the ticket ready in advance. Although the flight will last as much as 9 hours.

Also, a lot of tourists fly from Tokyo and Asia. In Hawaii, there is a huge number of Asian tourists and permanent residents, a lot of working Chinese. Sometimes it seems that it is not a US state, and not even Polynesia, but a real Asia!

Oahu is a very small island, only 1,545 square km but more than two-thirds of all island people live here – more than 950 thousand people. Most of them live in the capital Honolulu. This is a huge city, just incredible! You wonder how skyscrapers of unreal sizes fit on such an island, and how people are not crowded here.

The most crowded places are Waikiki Beach as well as the city center. The beach stretches for several kilometers to the small mountain hills of Diamond Head and Coco Head where you can climb. The last summit is the most difficult, because the ascent is steep, and part of the way goes along the ladder above the precipice. On the beach, everyone is surfing or just lying and sunbathing.

You can hardly get through the layers of people to take the bus right on the beach, near the monument to surfer Duke Kahanamoku. Here is a very good transport system, and for $2.5 you can reach even the farthest end of the island. But sometimes you have to go for 3 hours. Here, almost everyone except the local Hawaiians has their own car or even 2-3 per family. I took bus #22 to get to Hanauma Bay where they promised a lot of colored fish. But I forgot to mention a few hundred Asian tourists who also came to see the fish. Here they specially take care of the coral reef so that it does not die. That is why the entrance is paid. There are really a lot of fish! I became a fan of fish. Here is a small illustration. My favorite ones are goldfish, I also love fish with a long spine from the back and long-nosed dachshund-like fish. Slow North of the island

After a few days in Honolulu, you start getting tired and want to relieve stress in a relaxed atmosphere in the north of the island. It is there that rich Americans and Europeans live. Some houses there cost more than 10 million dollars. The largest waves of Hawaiian islands can be found exactly in these parts. Houses are dangerously close to the ocean – across the road. The very first small tsunami will cover them with ease.

To get to the north, you can drive around the island around the perimeter through several viewing platforms with astounding views of the mountains and ocean. You will get to the small town of Kailua where Barack Obama lived and worked when he was young. One of the US military bases is located nearby in the Kaneohe Bay.

The higher to the north, the more humid the air becomes. And the mountains surround the route more closely. In the town of Laye, there is a place where everyone comes to jump from a cliff into the ocean. There are quite a few such places on the Hawaiian Islands. Jumping off a cliff is one of the favorite activities of tourists. In the very north of the island, there are several magnificent beaches for those who love the sunset.

And also the entire northern peak of the island is the green zone of the jungle where Waimea Falls are located. Further, around the island, the road is interrupted. You can return to Honolulu through the center of the island and the town of Wahiawa where mostly local Hawaiians live.

Where to meet locals?

In general, Hawaiians are not so easy to meet on the island of Oahu. They are somehow lost in the background of Asians and various mixtures of nationalities. True Hawaiians are said to live on the small island of Niihau. It is a closed Hawaiian island that can only be reached by invitation from the locals. There is a way of life as it has been in the past for many centuries: people fish, live in wooden houses, do manual labor, make jewelry, etc.

This island is strictly protected from the introduction of something modern. There are no electricity, sewage, cars, proper roads. Real Hawaiians are those large, tanned people with slightly slanting eyes. They themselves can leave the island for a while (which is rather strange because how can they come back to the world without electricity if they have already tasted the benefits of civilization?). However, if one of them decides to stay on other Hawaiian islands, then he has no way back home on Niihau …

What else to see on Oahu?

In addition to the magnificent north, you can go to the west where the bare lands are replaced by wild green reserves where you can walk only on foot. I do not know this area very well, the only thing that caught my attention was the concentration of the smooth valleys of Makoua, Makaha, and Lualualei.

In general, the island of Oahu was formed by two parallel mountain ranges – Koolau and Waianae (more ancient range at the age of 4-5 million years).

And of course, do not forget about Pearl Harbor – a unique bay that attracted various nations in the course of history. Here is a museum right on the half-sunken ships of Arizona and Oklahoma. Literally, 10 minutes from Waikiki is the area of ​​Manoa. This is a clean cool place with huge ancient trees in the tangled jungle forests. Landscapes from the Jurassic Park, the sounds of the jungle and the feeling that now a dinosaur will appear around the corner.

How to live on Oahu?

Overall, the Hawaiian Islands are an expensive place. However, you can at least live on $15-20 a day if you eat at home or in fast food, ride a bus or go on foot and book no trips or buy no clothes and gifts.

The transport system is well developed here, so the buses can deliver to any point in the islands. Security is good. Of course, sometimes on the street, there may be a couple of weird types of passers-by, beggars, or some guy can get attached to questions. There are many more people than on other islands of Hawaii, so the percentage of strange people is higher.

In the evening it is not so safe, you can meet a few unobtrusive hippies. In the evening, Waikiki makes noise from people even more than in the morning. In hotels along the beach, bars, and restaurants open up. I have not traced the so-called pure Hawaiian cuisine. At all corners in supermarkets, they sell Japanese sushi, spam-musubi (this is not very healthy – a large piece of sushi but instead of fish there is ham). The most delicious raw fish dish in Hawaii is poked. I noticed that on different islands, raw fish is served in different ways. And sometimes they eat it straight after catching.

For example, on Easter Island, as in Peru and Chile, fish is served with lemon juice and salt. On Tonga, coconut milk is added to the fish. Hawaiian poke is made with square pieces of raw redfish with sesame seeds, soy sauce, and lettuce leaves. Separately hot rice is served, it then can be mixed with fish.